Via an Anonymous Source, Posted by Aubin Paul 15 years ago

The one and only album by "supergroup" P has been re-issued by Caroline Records. The band was formed by Gibby Haynes (Butthole Surfers), Johnny Depp (What's Eating Gilbert Grape, some movie about pirates), Bill Carter and Sal Jenco. The album also features guest appreances from Sex Pistol Steve Jones, RHCP's Flea and the legnedary Chuck E. Weiss.

The band made their debut at the 1993 South by Southwest Music Festival and became the informal house band at the Viper Room, the Los Angeles rock club co-owned by Depp. In 1995, Capitol Records, then home to the Butthole Surfers, released P's self-titled debut album.

The song, "Michael Stipe," gained some alternative rock airplay, and sales were respectable if modest considering the fame of the participants. The group proved to be short-lived, as Depp and Jenco returned to acting, Haynes continued touring and recording with the Butthole Surfers, and Carter released solo albums and collaborated with Howe Gelb of Giant Sand. 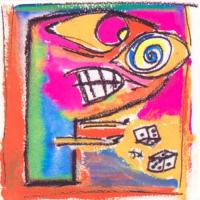