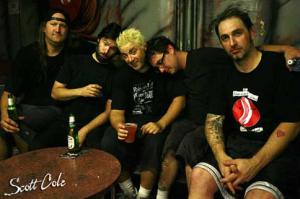 Lagwagon have announced plans to release a new 7-song EP in time for their upcoming tour with MxPx, TAT and Only Crime.

The record is titled I Think My Older Brother Used To Listen To Lagwagon and is due out August 19, 2008. It is the follow-up to Resolve which was released in 2005.