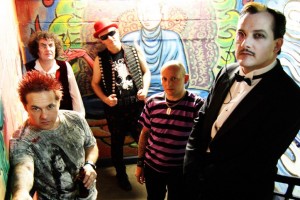 The Damned have added a short run of Australian dates to their previously announced 35th anniversary travelling damnedstravangza (our word). The North American and UK runs kick off next week and the the band is promising two full albums to be performed each night; the band's debut, 1977's Damned Damned Damned and their fourth album, 1980's Black Album.

Every Time I Die part with bassist