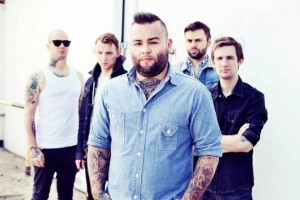 With their highly anticipated new EP set to drop on December 5th, 2011, Gallows has premiered the first single titled "Mondo Chaos" via British radio. The EP is titled Death is Birth and the song itself will debut as a digital single on November 25th.

As previously noted, the EP is the first proper release from the band since vocalist Wade MacNeil - formerly of Alexisonfire - joined the band.

Gallows last released Grey Britain in 2009. The band is currently on the road as part of the Alternative Press Tour with Four Year Strong, Title Fight, The Swellers, and SHARKS.

Music: This Is Hell: "Rat Race"

Music: Lagwagon: "Violins" and "Island of Shame" and "Alien 8" (Updated)