The Explosion's final record due out in 2012 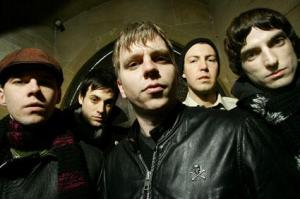 by Aubin Paul Chunksaah 11 years ago

The Explosion's final record - first revealed to be titled Bury Me Standing - back in the halcyon days of 2006, is finally headed for a release on Chunksaah Records on February 14, 2012. The record was briefly set for release on the band's major label Virgin Records, followed by a cancelled release on Paper and Plastick in 2008.

The band is reuniting for one performance during the Bouncing Souls' Home for the Holidays shows at the end of December. Limited edition color vinyl of the album is expected to be available at those shows.