The Reveling / Nightmares For a Week (Northeastern US) 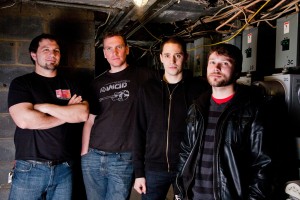 New York's The Reveling will be playing a handful of shows in the northeastern US with Nightmares for a Week. Several of these shows will also feature Luther and Grey Area, who also feature on Black Numbers' upcoming 4-way split, due out January 31st, 2012. The band is also giving away 50 free downloads of their 2011 album, Tributaries, which you can get here.

Where we stand on SOPA/PIPA