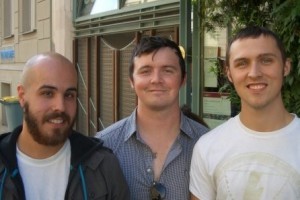 Contributed by alex101, Posted by Aubin Paul Side One Dummy 9 years ago

Oregon pop-punkers Broadway Calls have just announced via Facebook that they will be heading into the Blasting Room in Ft. Collins, Colorado next month to record a new full-length album for release on SideOneDummy Records.

The band released their Toxic Kids EP last year on All For Hope Records and their last full length, Good Views, Bad News in 2009.

A new teaser from No Trigger (Exclusive)

Streams: The Menzingers: 'On The Impossible Past' (Exclusive)