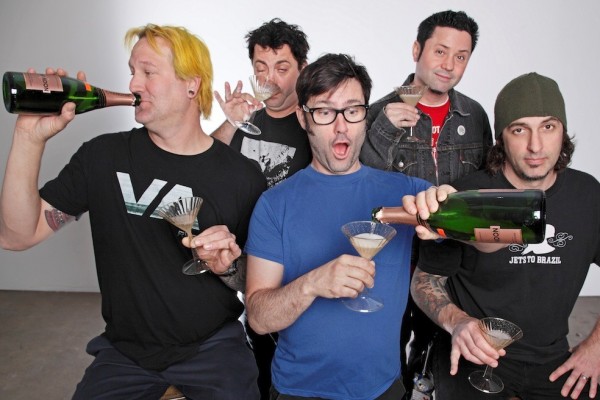 In a new interview, Lagwagon frontman Joey Cape confirmed that a new album is in the works. . Joey said this

We take a long time to make records, but we have been touring this whole year to support that box set, and all the old stuff is really riffy. Honestly like doing that all year has kind of awakened something in me. Two months ago we were on tour in Europe and I woke up one day and was like "I got it, I know what to do!" and started writing. I have written a whole bunch of stuff, and basically we're waiting to finish out this tour and then the Australia tour, and after that we're gonna get in a room together. I've already talked to the other guys in the band about what we're gonna do.

As he said, the long-running punk band has toured sporadically, but has not released a full length since 2005's Resolve though the I Think My Older Brother Used to Listen to Lagwagon came in 2008 and a boxed collection of released called Putting Music In Its Place followed in 2011

Vinnie Caruana (Movielife, I Am The Avalanche) plans solo EP