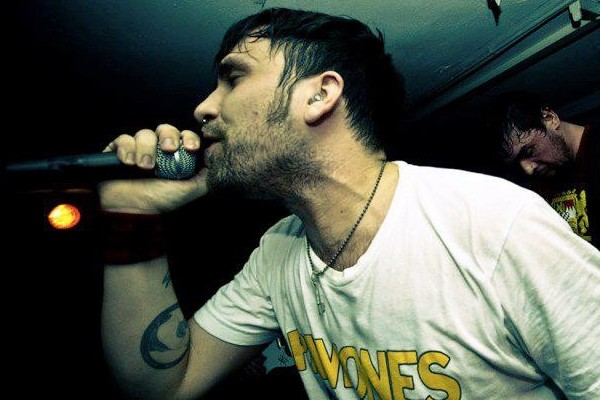 by Bryne Yancey In Memoriam 9 years ago

Sad news out of Germany as Red Tape Parade / The Sandwiches vocalist Wauz Kenobi has passed away after a battle with cancer. In addition to his musical output, Wauz was an accomplished videographer and occasional contributor to Punknews.org, including interviews with Bad Religion and The Casting Out. More than that, Wauz was a regular presence behind the scenes at the 'Org, relaying ideas in internal conversations with other staffers, giving feedback, nerding out over video gear, cracking jokes and just generally being a great dude to have around.

Wauz was a great friend to us and many others in the Punknews community, from fellow staffers to bands. Our deepest condolences go out to his family, friends and fans. He'll be missed, but never forgotten.

Statements posted by Red Tape Parade and Boy Sets Fire can be read below. RIP, buddy.

"The most important things are the hardest to say. They are the things you get ashamed of, because words diminish them - words shrink things that seemed limitless when they were in your head to no more than living size when they're brought out" - Stephen King

It is hard to write about our friend Wauz. I am afraid that words won't do him justice.

How are you supposed to write about such an outstanding person?

Wauz stepped into our lives in 2007 when we approached him about trying out for Red Tape Parade. He was fairly shy and quiet in the beginning. But we realized pretty fast that Wauz was an extremely warmhearted and unbelievably funny person. I am sure we all could fill pages of stories of all the wonderful, bizarre and hilarious situations we all found ourselves in with and - most importantly - because of him.

Even when facing and batteling cancer he stayed the kind, independent person he always was. His sense of humor, his clear vision and his positivity made it easy and very inspiring for all of us to be around him in the last weeks of his life.

Wauz was a punk in the truest meaning of the word. Never satisfied with the simple answers. A sceptic. Self-determined. Until the very end.

Wauz left this place in the morning of April 15th, surrounded by his loved ones. He was a great friend to so many and we were truly blessed that he allowed us to have him in our lifes.

Wauz - you will be missed.

And in his own words:"May the force be with you and be excellent to each other!"

We lost a dear friend today. An inspiring artist, a true punk, a great frontman, a brother, a spiritual seeker and above all…a true friend.

Even in the face of death he remained humble, kind and loving. His voice will forever echo in our hearts. Words are unable to express our sadness, but also our gratitude for each moment spent with an outstanding human being like him. We collectively salute his legacy and send our love to his family and those closest to him.

You will never be forgotten Wauz. We love you.