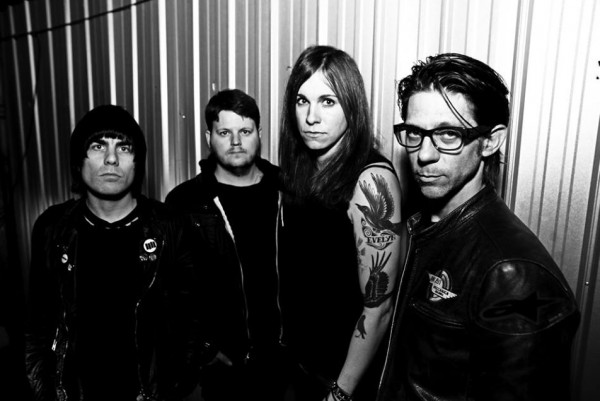 Against Me!'s Laura Jane Grace and James Bowman recently performed two songs, "FUCKMYLIFE666" and "True Trans Soul Rebel," for KROQ at the Red Bull Sound Space. Both songs come from their upcoming release, Transgender Dysphoria Blues, which is due out January 21, 2014 via Xtra Mile, whom they signed with late last month, and their own label Total Treble. Pre-orders are available here.

The group also just announced a tour in support of the new record the dates of which can be found here.

You can check out the acoustic performances of "FUCKMYLIFE666" and "True Trans Soul Rebel" here.

Videos: The Swellers: "Got Social"