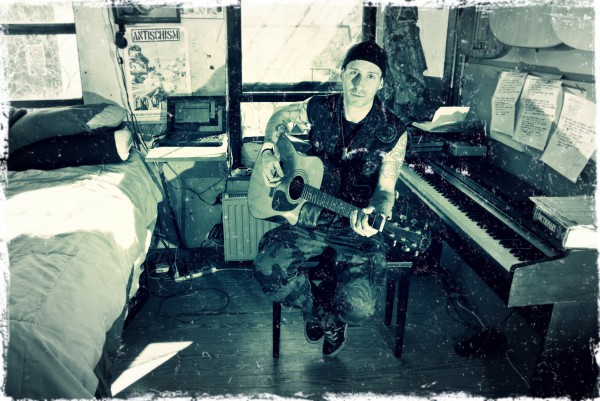 In order to celebrate the release of the album, Punknews had Morning Glory frontman Ezra Kire pick ten of his favorite war songs and tell us a little bit about each tune. In addition to his picks, Kire penned a pretty heartfelt letter about his youth, growing up in Sri Lanka, and what the new album means to him.

You can click read more for the letter and Kire's ten favorite war tunes.

As a kid growing up in a developing nation very much in the throes of war music took on a very special and specific meaning to me. Wars are almost away fought over control of a region or religion, and Sri Lanka was no exception. 1989 was a chaotic time for the entire world and it was the most violent and active year at that date in the 3-way struggle for power which left no part of the tiny tear drop island that I lived on unaffected. It was also the year I turned 13.

Religion and war are inextricably intertwined. Aren't psalms just the soft poems offering God's warriors protection and lullabies before they walk through the valleys of life and face and endure extreme atrocities? For most of my early life I was naively convinced that I would have to join the military to save the world from itself. Not only because many of my junior school mates and friends were already active in the military and rebel services, but because I had no hope of a better future at home. I received no guidance, support, encouragement or better judgement, and no money. There was no college fund waiting for me so there was no talk of college. My father at the time did not live with us and my mother was doing her own thing. For all intensive purposes I was turned out on my own in the chaos of the city. It was made very clear to me at home that if I was going to make it in this world I was going to have to do it alone. 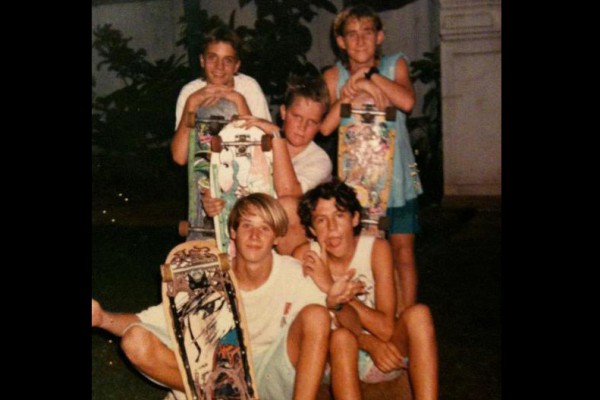 It's under these circumstances that I discovered that instead of signing up for boo tcamp I could be the writer of the inspirational war psalms -- for all sides in life. And so music became an alternative to me. It offered not only solace and an escape from the horrors I was witnessing, it also became educational. As I discovered more "real" music, it started to serve a very specific and useful purpose. Anyone who says that music can't change the world had obviously not met me at that point in my life. It gave me something very tangible. I wanted to be politically active in the world, exert a positive influence on the planet and my friends, and music suddenly offered me a peaceful, viable platform for which to do that. Some of my school mates from those years are still my best friends today, partly because we bonded over hopeful material in that environment.

Through music I learned not only that the canopy of war is sewn from infinite shades of grey, but also there was hope in the world and hope for me in my own life. Here are ten songs I listened to while growing up in the city of Colombo over the course of 1989. They are all songs about war or world leaders which had a profound affect on my enduring philosophy of humanity. Later, this would translate into words like the ones on "War Haka," "War Dance," "Know Your Wrongs," and many others. It's a testament to the power of music that these songs held their effect on me even in the environment of war itself. They changed my point of view on the world, life, and my own direction and purpose on the planet. While some of them may seem common or mainstream now, you have to remember the nearest record store to me was a three hour flight to Singapore. Whatever "foreign" music we had was imported like smuggled gold and traded hand-to-hand, usually on unlabeled, blank mix cassettes. There was no such thing as punks and metal heads. There was just us. I'm happy to share these with you. It's partly because of these songs that I was able to write my own war psalms after all.

1. Slayer - "Spill the Blood" from South of Heaven
"I remember the exact moment I realized music could be an alternative for me. I had just learned how to play 'Spill The Blood' on guitar and while I sat there playing it, it suddenly occurred to me 'man, maybe I could do this.' The next day I started putting together my first band and we were playing gigs a few weeks later."

2. Metallica - "Master of Puppets" from Master of Puppets
"Metallica basically taught me how to play guitar and they had a ton of great political tunes during their Puppets/Justice For All era. 'Blackened' was my first favorite song about war but the 'Master Of Puppets' title track had this epic middle bit that would always stick in my head and the lyrics were more overt than 'Blackened.'"

3. Cro-Mags - "World Peace" from Age of Quarrel
"At this point in my life I had no idea what hardcore even was. There was definitely no such thing as a skinhead in Sri Lanka. But I loved the vocal performance and even though the words were written from a reciprocal point of view they made total sense to the part of me that felt hopeless at times."

4. Led Zeppelin - "Battle of Evermore" from Led Zeppelin IV
"As a mildly dyslexic kid I did a drawing of a 'lead' Zeppelin and put it on my wall. It only contained one 'p.' Since there were no stores at which to buy posters you had to make your own. So my entire room was covered in lyrics which i would hand-write on sheets of paper and post all over, along with political articles I would rip out of Time magazine and any other world news I could get my hands on."

5. Anthrax - "Indians" from Among the Living
"This was one of the first songs I ever heard about the ethnic cleansing that took place in North America in the 1700 and 1800s. To me, the war on Native Americans is one of the saddest genocides in history and so I couldn't help but write about it when it came to writing my own songs; though I would almost always do it metaphorically and rarely overtly. I never really believed that just because I was white I couldn't talk about the atrocities committed by one race upon another. For some unknown reason the plight of the Native American was something I could relate to and feel, and was consequently very close to my heart. I guess there's no explaining music sometimes. We always did have a large following from the Res."

6. Soundgarden - "Hands All Over" from Louder Than Love
"Before Soundgarden blew up and the whole grunge thing happened I really liked them. They weren't super political but this song had enough lines in it that i could identify with. Lines like 'Hands all over the Eastern border' and 'don't touch me' were definitely things I could identify with. The beginning of 'Calm And Alarm' is actually kind of a third generation lift from a piece of this song."

7. Misfits - "Bullet" from Static Age
"Ah, such a raw song about the assassination of John Kennedy. I have a clear memory of listening to this in a car on the way to school with my friend. I remember the look of shock on his mother's face when the part about Jackie O came up. I knew it was a great song at that point. "

8. Bob Dylan- "My Back Pages" from Another Side of Bob Dylan
"Lyrically speaking, this song had a huge impact on me. I wasn't a huge fan of his more well-known tunes, but this one was a secret gem that few people seemed to know about and I really loved it. The lines about the backwardness of war and 'teachers' at school struck a real chord in me and helped shaped my own ideas on what lyrics should sound like. "

9. Black Sabbath - "Electric Funeral" from Paranoid
"Lots of people had a favorite Sabbath tune but this one was always mine. It opened with the line 'reflex in the sky,' which i thought was absolutely brilliant -- a description of nuclear war. There was a lot of nuclear testing in the South Pacific and I couldn't understand how nations that were world powers could do that to those of us living in the region. SE Asia had become the dumping grounds for the globe's nuclear countries."

10. Corrosion of Conformity - "Tell Me" from An Eye for an Eye
"I took a line straight outta this song and used it in 'Standard Issue.' 'Tell me who has won when nothing remains.' It had such an impact on me that 25 years later I would still remember it. Eye For An Eye was the only album I ever had containing 26 tracks, each track about a minute long. And I listened to it religiously in 1989, treating each tune as if it were its own psalm."