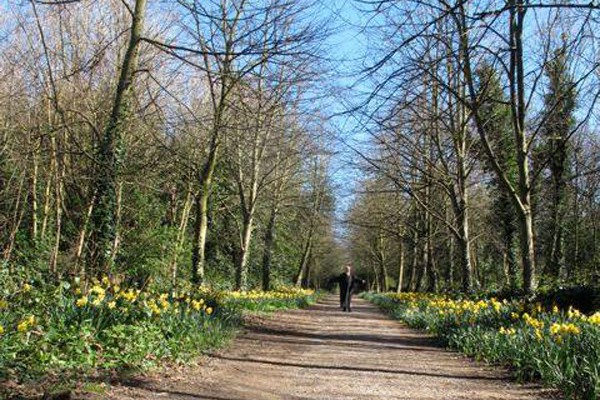 Twink just might be the nexus between hippies and punks. Named after a popular pomade, Twink formed bands in the early British R&B scene before becoming a member of early psychedelic band Tomorrow. After that, Twink moved onto The Pretty Things were he helped create the very first rock opera, SF Sorrow.

And then things got really good. After leaving the Pretty Things, Twink created the mind-melting Think Pink album which was equal parts summer of love and gothic horror… Maybe think Pink Floyd meets Bauhaus. Then, after that, he formed the legendary Pink Fairies, a band that was equally happy going on space-rock freakouts as it was kicking out hard-driving biker jams. For instance, "Do It!" and "The Snake" kinda sorta laid the foundations for the sound of the early punk scene… just ask the Damned and The New York Dolls.

Now Twink is back and re-energized. He just released the fabulous You Reached for the Stars album which picks up where he left off with the Pink Fairies and now he's about to start working on a sequel to the massive Think Pink. Editor John Gentile spoke to Twink about the new album, asking John Lennon to write him a song andâ¦ wellâ¦ THE PINK FAIRIES MAN, THE. PINK. FAIRIES.

The Beatles have popped up in your body of work multiple times over the years. Tomorrow covered "Strawberry Fields Forever." You Reached for the Stars was mastered at Abbey Road and the booklet even has an homage to the cover of that album. What was it like the first time you heard the Beatles?
The first time I heard The Beatles was the "Love Me Do" single. I was playing in a band called Jimmy Pilgrim & The Strangers at the time and there was a lot of talk about The Beatles going around. I saw them perform "Love Me Do" on TV and I wasn't that impressed to be perfectly honest. It wasn't until I heard "Please Please Me" that I began to really appreciate them.

In those early days, I was a Rolling Stones fan and my band The Fairies became label mates with The Stones on the Decca Records label in 1964. When I listened to Rubber Soul and Revolver, I switched sides and became interested in what The Beatles were up to. Later I had the great pleasure to work along side them at Abbey Road Studios when I was with Tomorrow. We were recording our album Tomorrow by Tomorrow in studio three and The Beatles were recording Sgt Peppers Lonely Hearts Club Band in studio two.

And again when I was with The Pretty Things recording at Abbey Road -- the first rock opera, SF Sorrow, in studio three. The Beatles were recording The White Album in studio two. The Beatles mean to me a changed world for the better.

People often think of the Pink Fairies as a sort of revolutionary group. But, going back, did you get along with your parents?
The Pink Fairies were more Pink Panthers than White Panthers. We did indeed take a revolutionary stance but we were careful and directed most of our activities towards the music biz. We supported The Underground Press, Gay Liberation Movement, White Panthers, Black Panthers, Glastonbury Fayre and other activities by way of fundraising.

My early life was full of rebellion especially when rock and roll music appeared. I lived in a loving family environment with mum and dad, and with my younger sister Margaret. I was often in trouble with my parents who had other ideas for me than becoming a rock musician -- although they had supported my semi-professional activities. However, when I moved to London in 1964 with my fuzz R&B band The Fairies they became incredibly supportive thereafter.

Think Pink is a totally far out album. How plotted was the recording?
I had demo sketches for most of the tracks for Think Pink. "The Sparrow Is A Sign" and "Three Littles Piggies" were worked out in the studio. "Mexican Grass War" was improvised there and then. "Ten Thousand Words In A Cardboard Box" had already been recorded by The Aquarian Age and this was well rehearsed with the main guitar man on Think Pink, Paul Rudolph, before going into the studio.

The sessions were well organized with Mick Farren handling logistics and the studio. Musicians and music was under my control. Jon Povey and Steve Peregrin Took shared their recording expertise and their assistance cannot be understated. There is an overall sense of craziness in the studio, but once the red light went on it was down to serious business.

Drugs, particularly psychedelic drugs, are often mentioned along with the Pink Fairies, Twink, Tomorrow and related bands. Do you feel the drug aspects of these bands are overstated or understated?
Certainly with The Pink Fairies, it is overstated and has been used as a rather weak selling point in my opinion. But, I hasten to add, not during my time with them. As far as the other bands I've played with, The Fairies, Tomorrow and The Pretty Things and more, our recreational drug use was never used as a selling point although the type of drugs we used could be found reflected in our music and lyrics.

You once stated, "Flower power disappeared almost as abruptly as it began. The air of excitement I had felt in 1967 was replaced by an overwhelming feeling of defeat." Why did you feel defeated?
I felt defeated and disappointed that the money men moved onto the scene and commercialized it, which killed it. I've come to learn it always happens. In the beginning, it felt like it was a worldwide peaceful revolution that would change the world dramatically for the better and it did to a certain degree. We are approaching the 50th Anniversary of the summer of love in 2017 and I look forward to that.

Please tell us about the time that you got on King Crimsonâs stage and demanded that they play Chuck Berry songs.
We had just finished the last recording sessions for Think Pink and we decided to party at The Speakeasy where King Crimson were performing that night. It was our policy at the time to party hard and we did. We behaved like a bunch of bikers on the dance floor and every five minutes I jumped on stage and asked the band to play some Chuck Berry and in particular "Nadine." Champagne was supplied by Steve Peregrin Took and Mandrax by Iggy Rose and as the evening moved on, we became more and more unruly and some have said we destroyed King Crimson's debut performance. I'm not proud of that -- however at the time, it was a lot of fun.

Was the creation of the Pink Fairies a deliberate move to make more aggressive, confrontational music?
The creation of The Pink Fairies was a deliberate move to create a more aggressive, confrontational music in particular for our live performances. Getting the message out there directly and in your face with vibrant, entertaining live shows with killer guitar passages from Paul Rudolph -- And not forgetting the double drummers concept, Russell Hunter and myself.

However, recording is a different baby with an added instrument, the studio. The studio needs to be treated with respect and different things can happen and did on our debut album Never Neverland.

"Do It" has become one of the bandâs most lasting songs, becoming the mantra for several punk rock bands. What was the writing and recording process like for that song?
I wrote the song "Do It" on the way to The Pink Fairies first recording session after just receiving the news that John and Yoko, who we had asked to write a song for us, were too busy. Their reply was a Bag Productions form letter. We recorded "The Snake" and "Do It" that evening with Polydor Records A&R manager Peter Knight Jr. producing the session. The following night we returned to the studio to mix which was done under my direction.

Several punk rock bands have been influenced by the Pink Fairies. Henry Rollins even covered "Do It" with his Rollins Band. Are you aware of that cover?
I was aware of The Rollins Band cover of "Do It," which I quite like.

I believe you are working on releasing a collection of material that you recorded with Syd Barrett.
The recording of The Last Minute Put Together Boogie Band with Syd Barrett guesting has just been released and is out now on Easy Action Records. It is a live recording and at the time we were unaware that we were being recorded. It took place at Cambridge Corn Exchange in late January 1972 with The Last Minute Boogie Band supporting Hawkwind and The Pink Fairies. A few days later, STARS was formed with Syd Barrett, Jack Monck and myself.

Was Syd Barrettâs insanity over stated?
Syd's insanity has definitely been overplayed. I had known Syd since 1967 and when we finally worked together in 1972, I found him to be no stranger than anyone else around at the time.

Your newest album, You Reached for the Stars is fantastic. What does the title track mean to you?
The album You Reached for the Stars by Twink & The Technicolour Dream means to me a continuation of where I left off after leaving The Pink Fairies, having just completed recording Never Neverland in 1971. I have done quite a lot of recording during the period 1971 through 2013, but as far as studio work goes, I feel finally back on track.

What do you have in the works?
I am going to Rome on June 13th to begin recording Think Pink II at Gulliver Studios, the studio where we recorded "You Reached for the Stars". I'll be there for ten days with The Technicolour Dream laying down all the basic tracks to 14 brand new songs.

In July we plan to return to London and record some guest musician overdubs before returning to Abbey Road Studios to mix and master with the great Peter Mew. We hope to have the album out at the end of the year or early 2015.