Terror on their new LP, the importance of hardcore, and cool new bands 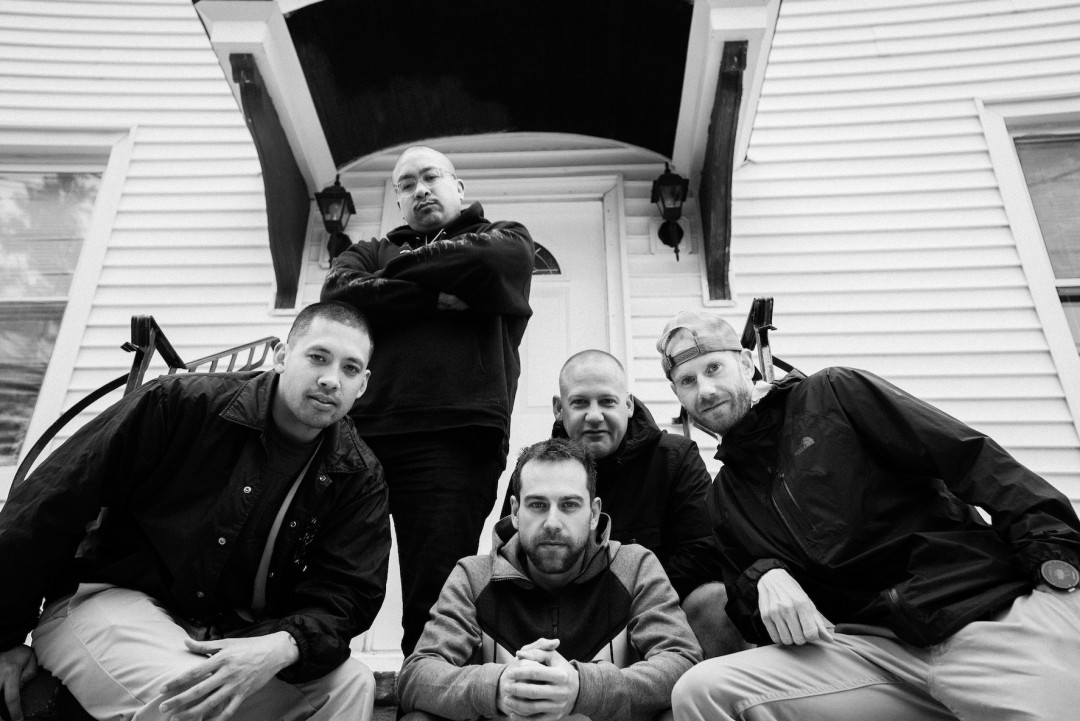 Few bands in hardcore manage to have staying power enough for more than one or two full-lengths. And then there’s Terror. Terror have steadily become one of the most prolific bands in hardcore, and of any era. As they prepare to release their seventh full-length, Total Retaliation, on Pure Noise Records, the band finds themselves still brimming with energy and anger. They are, simply, one of the most dependable and valuable bands in the hardcore underground. Punknews' Mike Musilli got a chance to catch up with Scott Vogel, their vocalist, as the band gets ready for the release of the record and yet another lengthy touring schedule.

What spawned the relationship with Pure Noise, considering that Terror often finds itself on a diverse and powerful label roster? Vogel: Jake’s a really cool guy, and I think as far back as like three years ago when we toured with The Story So Far that I started thinking Pure Noise would be the best label for Terror once we finished the obligations we had. We talked about it then, and as time can closer to finding a new label things just fell into place pretty easily. I’m excited to be doing this with the label.

Given that Total Retaliation is the band’s 7th full-length, how do you keep the music and the ideas flowing and fresh? Vogel: Seventh full length is insane. But yeah I mean we will always be Terror. Sticking with our roots and the aggressive metallic hardcore sound but we all listen to so much music and there is so much bullshit going on in the world right now that keep us fired up and looking in different directions.

What was the writing process like for Total Retaliation? How was the experience with Will Putney producing? Vogel: Will was great. Great ideas and a very cool demeanor. I don’t have one bad thing to say about him in the studio or the mix. And it was business as “unusual.” Nick and Jordan coming up with most of the songs and ideas, and I comb through and find the ones I feel and try to make them songs that people feel and embrace. Chris our new bass player wrote a few songs on the record, and Ben Cook the secret weapon was there in the mix too.

The LP’s title and title track suggest a reactive theme to the record. What is Terror pushing back against in terms of the lyrics and tone of the new record? Vogel: This record is all negative. It’s the most pissed off record since Lowest of the Low. Look at these times we are living in. Look at the United States of America. Look at how human beings treat each other, and the greed that runs this whole world. It’s fucking ugly out there and saying people will change just isn’t cutting it anymore. Believing that the best is yet to come seems like a joke.

The fourth song, “One More Enemy,” is a pounding track both musically and lyrically. What inspired the lyrical content here? Vogel: This might sound kinda shitty but I think back to a time when I would do to shows in different cities, and I would be greeted with dirty looks and getting sized up. I don’t want hardcore to be about violence and people being afraid, but I do think sometimes everyone is friends with everyone just for the sake having more friends and a status of being liked and known. And that just makes this a social club and that feels lame.

What is the perspective behind the LP’s twelfth song, “Resistant to the Changes”? The lyrical content seems very personal on this track. Vogel: This song is pretty simple. This world is hard. And this world is cruel and wants to knock you on your back and it’s much easier to get through this maze with a best friend by your side to take your back and pick you up when you fall.

Terror has been a huge proponent of creating diverse tour packages that often give opportunities to smaller bands. This upcoming package is no different. How do you typically figure out the packages for your tours? Vogel: It’s easy for us. We want to tour with bands we respect as people on and off stage. And bands we feel and believe in their energy and message. And you are correct we always want to have younger bands in the mix. That's important to us. We of course want to put something together that will bring people out to the show and get different types of underground kids so we can jump on each other’s heads and be young and alive.

People often cite Terror is one of the few true flag-bearers of hardcore worldwide. Why does it remain so important to you to bear that purpose for the band? Vogel: It’s important because I believe in this community and still am in love with hardcore. I’m also thankful for this thing taking me around the world and teaching me so fucking much. But it’s not an effort to carry that flag. It’s just comes kinda natural, and we feel comfortable still on the frontlines.

How is your back doing, and what do you do these days to mitigate some of the physical issues that have come up for you after years of touring? Vogel: I’m feeling pretty good. I wish I was still 20, fuck I’d even take 30 but life happens and you can just be a little smarter with your mental and physical health on the road. We tour a little less and keep things a little more in control these days.

Put us on to one or two smaller hardcore bands on the come up. Vogel: Combust from NYC. Freedom is great if you don’t know them. Dare from Orange County and Break Away from Richmond is semi-new and really good too.

Dodgers or Angels? Vogel: Georgetown Hoyas and the Buffalo Sabres.