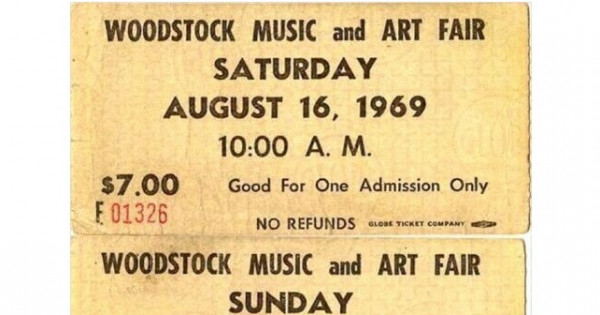 The good vibes of the summer of love have not radiated out to 2019. Yesterday, after pulling out from funding Woodstock 50, lead investor Dentsu stated that the festival would not take place. Well, apparently, Woodstock LC doesn't think that they need a lot money to be able to make a lot of money. With tickets to cost "around $450" plus taxes, surcharges, and fees, Woodstock Ventures LC, the entity that owns Woodstock's intellectual property, says the Festival will still take place… at Watkins Glen in August as previously scheduled, to boot!

Pitchfork spoke to Woodstock Ventures, LC and the entity responded: "We are committed to ensuring that the 50th Anniversary of Woodstock is marked with a festival deserving of its iconic name and place in American history and culture. Although our financial partner is withdrawing, we will of course be continuing with the planning of the festival and intend to bring on new partners. We would like to acknowledge the State of New York and Schuyler County for all of their hard work and support. The bottom line is, there is going to be a Woodstock 50th Anniversary Festival, as there must be, and it’s going to be a blast."

Meanwhile, tickets are not on sale yet nor have permits cleared for the event. Also, a few artists have dropped off the bill. We'll keep you updated.