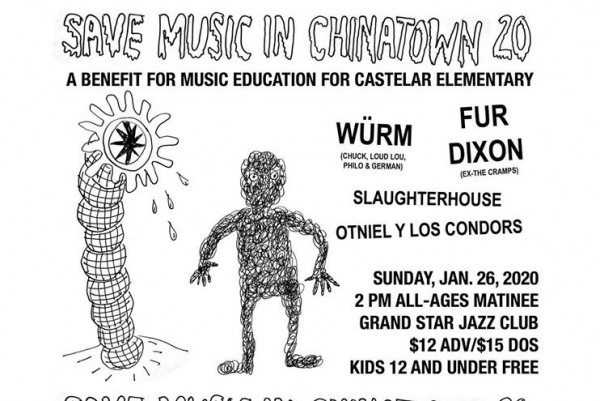 Before, during, and after Black Flag, Chuck Dukowski had a art-punk band called Wurm. Last year, they re-released their catalogue as Exhumed, which also featured a few songs that would become Black Flag material.

On January 26, 2020, the band will reunite for the "Save Music in Chinatown 20" show which benefits music education at Castelar Elementary school. The show is at the Grand Star Jazz club. In recent years, Dukowski has been playing with Flag and has hinted more Chuck Dukowski Sextet material is on the way.