Chi Pig of SNFU has passed away 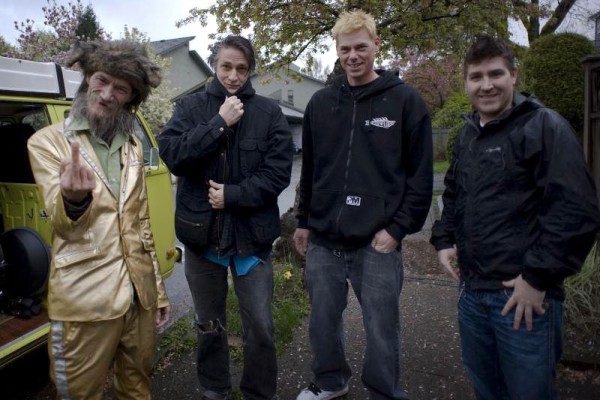 Contributed by jefftommy, Posted by John Gentile In Memoriam 2 years ago

SNFU singer Ken Chinn, best known under the pseudonym Mr. Chi Pig, has passed away. He was 57. Chi Pig was born October 19 1962 in Edmonton, Alberta to German and Chinese parents as the youngest of 12 children. Growing up he was an avid skateboarder, punk rocker and artist. In 1981, he met the Belke brothers and formed Live Sex Acts, the band that became SNFU. They released three records before signing to Epitaph in 1993. After a trio of albums on Epitaph. The band then released two more albums with alternating players with the only constant being Chi Pig.

Chi wrote all the lyrics for the band as well as providing much of the art work. Longtime SNFU bassist, Dave Bacon, posted on his social media Thursday night: "It breaks my heart to say this, but our beloved friend has left this mortal coil just a short while ago. He is now at peace. May he live on in our hearts and memories forever."

Media covering Chi Pig's history includes the book "And What No One Else Wanted To Say", a bio of SNFU written by Chris Walter along with the documentary, "Open Your Mouth And Say… Mr. Chi Pig". We send our condolences to Chinn's friends, family, and fans.