Check out the new video by Danbert Nobacon! 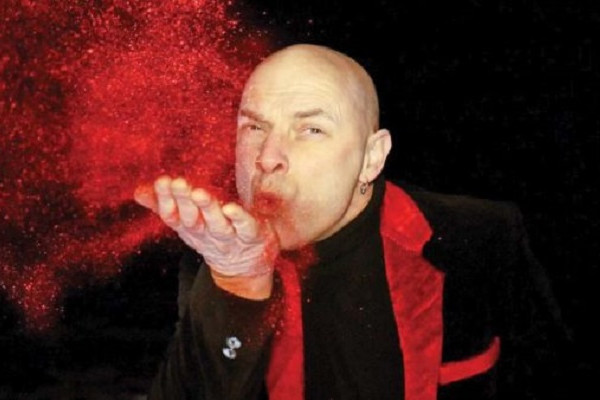 Today, we are THRILLED to debut the new video by Danbert Nobacon!

Listen, you all know the D-man. Nobaxcon was a Chumbawamba co-founder, one of the band's main masterminds, and since leaving the group, has been putting out sometimes folky, sometimes weird-as-hell music that attacks capitlaist ideology non-stop.

Danbert's last album, Mesmerica - Expect a Circus was recorded with Kira Wood Cramer and the Axis of Dissent and was a frikkin' masterpiece. Well, he's already got a new track. It's called "Failed Coup (Impeach re-do mix)" and it is a triple whammy- not only does it point out how the American electoral system systemically oppress votes by people of color, not only does it focus on some of the lesser spoken aspects of Trump's failed coup, but it finds Danbert bringing back that ol' Chumba stymble weirdo-dance-punk-vibe. BAM!

Here's what Danbert had to say about the track: "This is an Axis of Dissent sound-collage-telecast detailing some key (and underreported) aspects of the Trump-GOP attempts to disqualify black and brown votes and stage a white supremacist coup."

Check out the track below!

Danny Elfman releases "Love in the Time of Covid" video