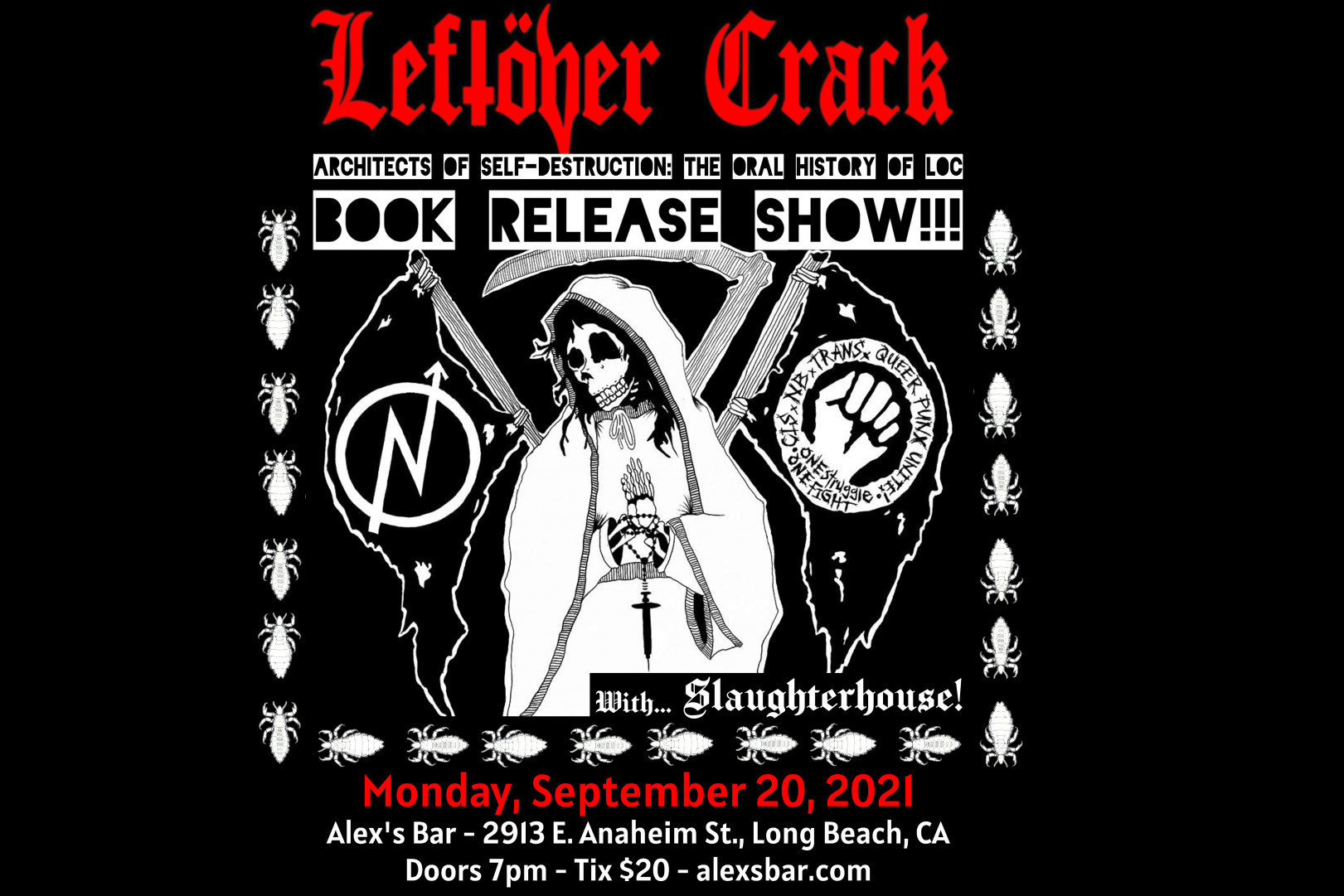 On September 20, 2021, Leftover Crack will play their first gig in exactly 666 days… and it will be a book release show! The gig is at Alex's Bar in Long Beach, California. Not only will the band be playing a special set, but the show will also celebrate the release of Architects of Self-Destruction: The Oral History of Leftover Crack! The book was co-written by LoC's Brad Logan and Punknews' John Gentile and was built from hundreds of interview with people in LoC and people in the LoC world. The show will have signed copies of the book and other cool goodies.

The show is at an intimate venue, so it's expected to sell out. You can pick up tickets here. Also, Slaughterhouse opens the show!

If you can't get to the Alex's bar gig, then you can also catch Leftover Crack at Punk rock Bowling. They're playing September 25 and are working on a book signing event there, as well.

You can also pre-order the book right here. See you at the gig!