Southern California's Gameface has come a long way since their inception in 1990. Gameface's music combines the best elements of punk, hardcore, emo and pop. They have a desire to make music simpler; something more sincere beyond a defined scene. Gameface has the ability to reach people with undeniably catchy melodies, combined with heartfelt lyrics. Tried and true, Gameface has earned their role as a staple in the post hardcore scene by consistently producing good, honest rock music.

Gameface's history can be traced through a slew of 7" singles and five full length releases on three record labels. The band has racked up the miles (and accumulated a fair amount of frequent flyer miles) on the road over the past decade, and continue to gain a larger and more devoted audience.

Gameface is a cheery and excited bunch. Comprised of singer / guitarist Jeff Caudill, drummer Steve Sanderson, guitarist Todd Trout, along with new bass player Guy Julian. With over ten years of wisdom and experience, Gameface collectively realizes that they would much rather be indie martyrs than one hit wonders.

Gameface fans are most usually allured by singer Jeff Caudill's personal lyrics, as well as the ever–changing style of pop rock music that they play, but always people are attracted to Gameface's ability to bring the rock to their live show. Despite swirling rumors of a break–up, Gameface are indeed alive and well. This comes as good news to fans around the world, who can expect a new album on Doghouse Records in the US and Defiance Records in Europe during the Summer of 2003.

Three to Get Ready 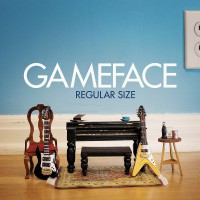 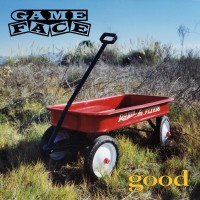