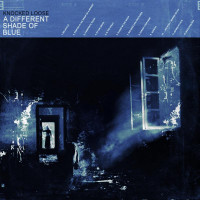 Kentucky's Knocked Loose are one of the bands fronting the new metal/hardcore/death-core movement in a way that keeps the flag flying under the banner of art, and not product. We've seen so many bands use this as a gimmick to end up on the last couple Warped Tour rosters but everything just felt so overproduced and lacked dynamism. Well, this is where Knocked Loose succeeds, with a sense of drama tied into several musical novels that feel so real. Couching all this under aggressive riffs, crushing double-kicks and sounds influenced by bands like Slayer and Killswitch Engage, you can bet your bottom dollar something like A Different Shade of Blue will stand up and make you take notice.

I do think this album on Pure Noise allows the band a heavy degree of creative freedom which is what the then-Code Orange Kids got on their No Sleep Records work. This is what helped the latter hit bigger strides and climb to greater heights and I can see Knocked Loose doing the same too. And like Laugh Tracks, this -- Knocked Loose's second LP -- roams and wanders to all the places the band want you walking with them, hand in hand. From the violent start-stop guitars of "Belleville" to the crunchy thick-as-thieves bassline on "Trapped in the Grasp of a Memory" it's all about melodic aggression. And make no mistake, it's not just relentless noise -- there are subtle tone changes and not-so-subtle tempo shifts that fans of Slipknot and Every Time I Die would love.

Hell, the latter's vocalist, Keith Buckey, appears on "Forget Your Name" to further signal boost a band that really has that explosive power and depth that might make you break something on a bad day. Or fuck it, even on a good day. Incorporating little power riffs here and there also flavours things a la From Autumn to Ashes with the harrowing vocals from Bryan Garris feeling a lot more polished under Will Putney (who produces on bands like Amity Affliction). It's creeping anxiety but with smoothened out edges, and honestly, these songs being so short and punchy works better for me with Putney smartly varying the grime and cleanliness of different tracks. By the time the demonic growls on "Misguided Son" rolls around, you'll be eager to give the album a couple re-spins because this as a closer really shows you how many dimensions Knocked Loose has to them, and most importantly, it's proof they've gone from strength to strength.

Guided By Voices: Sweating the Plague