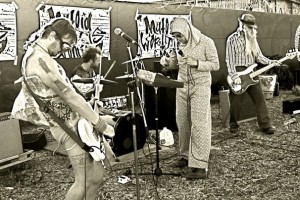 by Aubin Paul Tours 13 years ago

Mutoid Men have announced four shows this month on the West Coast. The band is a new project from former Shorebirds and Latterman frontman Matt Canino along with former Shorebirds bandmate and Jawbreaker bassist Chris Bauermeister. The project is described by Canino as "wild scientific rock with moog keyboards. Like AC/DC on acid."

Fallen From The Sky, The Wonder Years to release 'Under the Influence' 7"