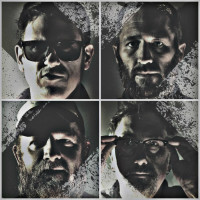 Suburban Delinquents’ story started out like so many other bands. They were four kids who got together to make some punk noise in the mid ‘90s. They played a bunch of shows, made a couple albums, and developed a pretty good local following. Then they started to grow up and went their separate ways. Years later they all found themselves back in metro Detroit, and started playing again. If that’s where things had ended, it would have already been a pretty good story.

It turns out that wa 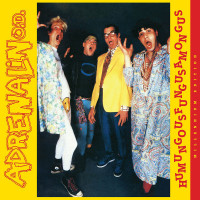 Despite my love of the first Adrenalin O.D. full length, The Wacky Hi-Jinks of Adrenalin O.D. (1984), I somehow never got around to digging into its follow up Humungousfungusamongus (1986). In this case, it was definitely better late than never. As they did with Wacky Hi-Jinks, Beer City Skateboards and Records have reissued Humungous in a definitive, Millennium Edition. It shares its two main traits with Wacky Hi-Jinks: it’s fast as hell and funny as hell. 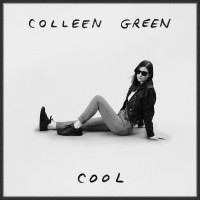 Is Cool, the new album by Colleen Green a concept album? I think it is. The release starts with a paranoid track called “Someone else” where the subject thinks her boyfriend is double dealing. In fact, the track opens with a coldly spoken “he has someone else/they all do,” while a low rumbling bass drives forward. This sort of paranoid menace flows through a good part of the release, at times recalling the infinite darkness of Bauhaus, such as the ominous creep of “Highway”, and at oth 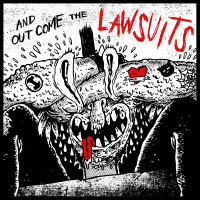 ...And Out Come the Lawsuits

The problem with most cover albums is- what’s the point? If I wanted to listen to a full Ramones album, I’d listen to the Ramones, not 14 bands that are not as good as the Ramones trying to sound like the Ramones. (This is in contrast to a single cover track, of course, which can add a little spice into a record and also can underscore the covering band’s style and artistic choices). So, …And Out Come the Lawsuits was facing an uphill battle before it even started. Rancid’s third LP is 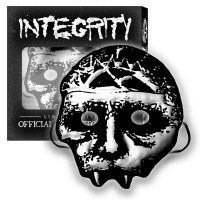 Many bands pay tribute to their inspirations through audio means- namely the “covers album”- but few, if any, pay tribute through holiday accoutrement. Always finding a new way to forge ahead, Integrity has done just that. Now sure, the band likes to reference all sort of ancient texts and scrolls in their music (the flipside of Humanity is the Devil doubles as an academic paper on Gnosticism and the excellent Howling, for the nightmare shall consume is heavily driven by similar

In 2017, Paige Beller released the album, Paige Beller and Her Friend Peter. The closing song on that album, “Terms of Agreement”, remains one of the best breakup songs I’ve ever heard. On it, Paige sings, “We’ll write out our contract, our terms of agreement. You keep the apartment, I’ll keep the resentment. You keep the friends we had, I’ll keep the bars.” That lyric showed someone who, at the end of a relationship, was giving up everything that held stability and kee 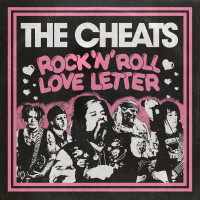 If you’ve taken 40 or more trips around the sun, you probably fondly remember vinyl jukeboxes. There was something magical about choosing one of the top 40 singles (or B-sides), then watching the machine put it on the spindle and play it. For the Action Rock Jukebox Series, Pittsburgh’s Screaming Crow Records are doing their best to tap into some of that nostalgia.

The A-side of each of the seven inch, 45 RPM records is a cover of a hit from the jukebox era, with an original on the B-s 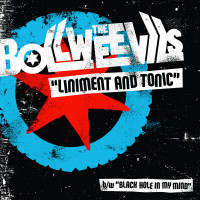 It’s always a treat to get new music from Chicago punks The Bollweevils. While the quartet did the vast majority of their recording in the ‘90s, they have remained active as a live band. It’s been seven years since they dropped Attack Scene, their most recent previous studio material.

The A-side, “Liniment and Tonic”, will probably be familiar to Bollweevils fans, as they’ve been playing it live for at least a couple of years. The song chronicles dealing with the aches and pains 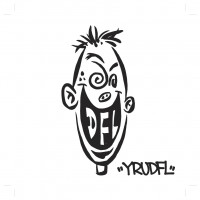 YRUDFL, DFL’s first proper release in 24 years, repeatedly asks a cosmic question through its lightning fast seven song width. On second track “No Exit,” lead singer Tom Davis barks out “Will I live another day?!” while guitarist Monty Messex kicks old school West coast riffs that would do justice on any Dangerhouse record. This question arises in different forms throughout the record.

The pair are back together after a number of decades and frankly, it feels like it was only