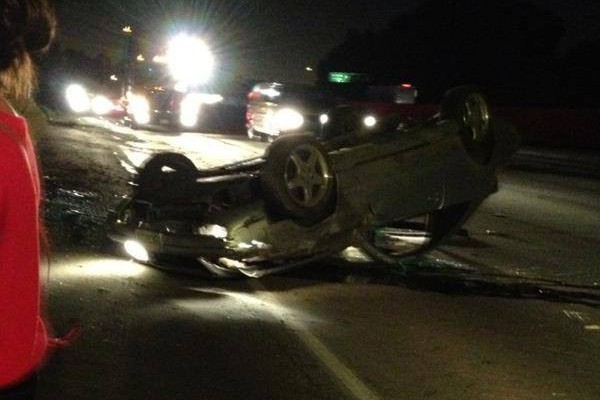 Los Angeles' punk rock act Destruction Made Simple is reporting on an incident last night in which bass player Edgar witnessed and intervened in a car wreck near Chino, California. The band posted the following to Facebook:

You won't see this in newspapers or news station but tonight after Edgar J left practice he was heading home on 60 west from Chino. He witnessed a car wreck. Apparently the driver fell asleep at the wheel, his car flipped over. Edgar without thinking quickly sprung into action broke the driver side window and pulled that man out to safety. He said the man suffered head injuries but look like he was gonna be ok. HI FIVE and Salute to our bass player he's a fucking hero!