Photos: Diet Cig at the Garrison in Toronto 01/30 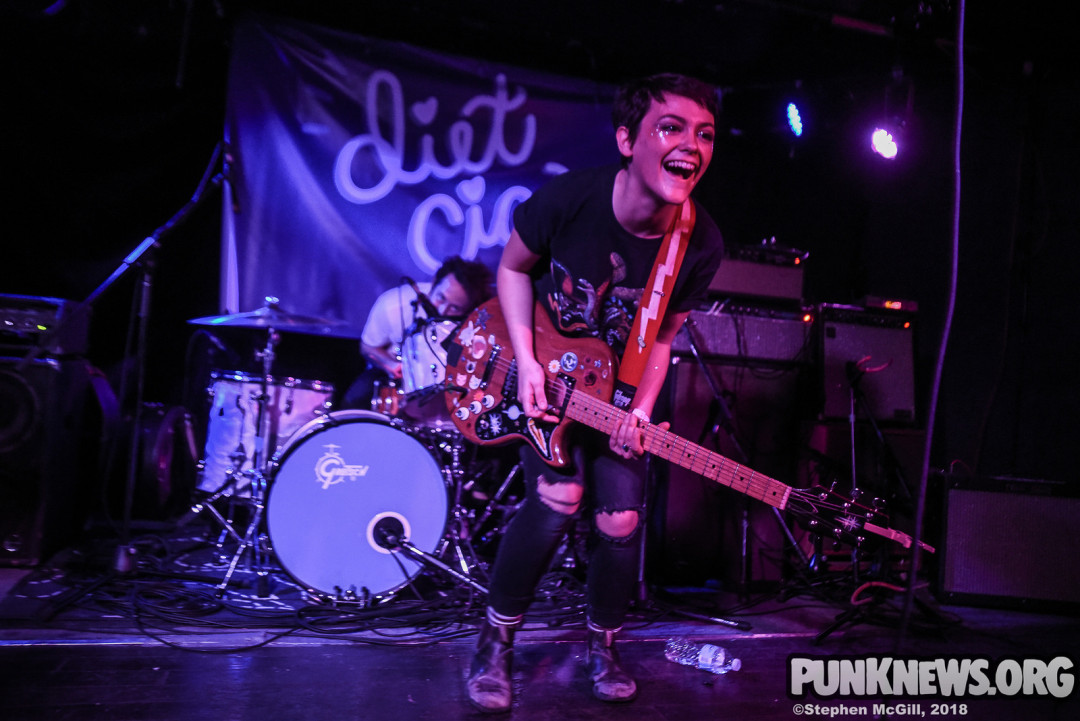 by Adam White Frenchkiss 3 years ago

At the end of January pop-punk duo Diet Cig played the The Garrison in Toronto in support of their 2017 full length Swear I’m Good At This . They were supported by Glasgow's The Spook School and Chicago's Lala Lala. Our photographer Stephen McGill was there to catch the show. You can check out a few of his shots below.

Listen to the new Against the Grain single!