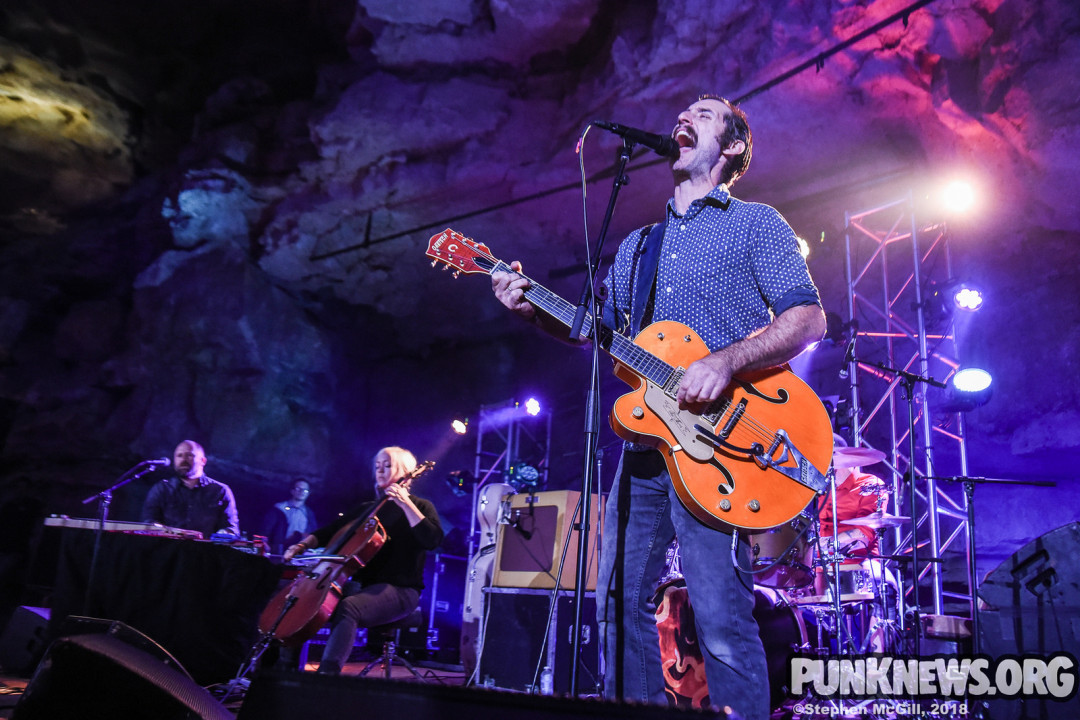 Murder By Death recently wrapped up a pair of special shows at Cumberland Caverns, located an hour and a half out of Nashville. They performed in a massive cave 333’ below the Earth's surface in support of their upcoming album The Other Shore (a record the band crowdfunded)..Our photographer Stephen McGill made a long road trip there to snap pics the Saturday performance. You can find his photos below.