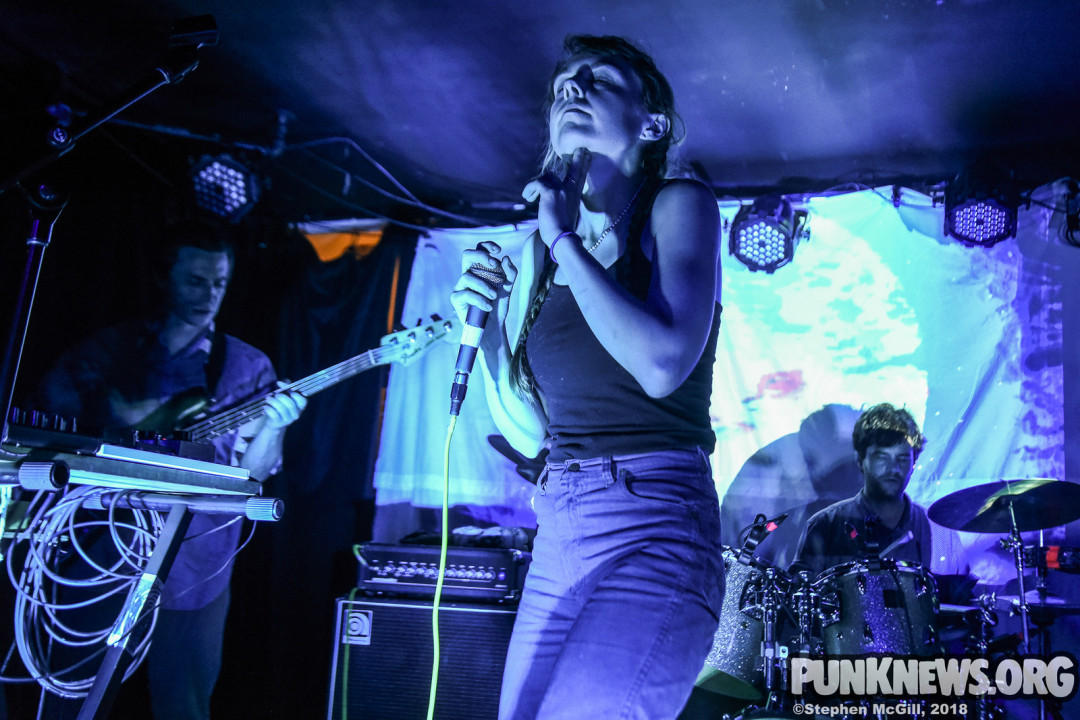 New York-based dance-punk / art rock quintet Guerilla Toss recently visited Toronto in support of their new full-length Twisted Crystal. They played a set at The Baby G on September 19. Our photographer Stephen McGill was there to capture a few photos from their set. You can find his shots below.