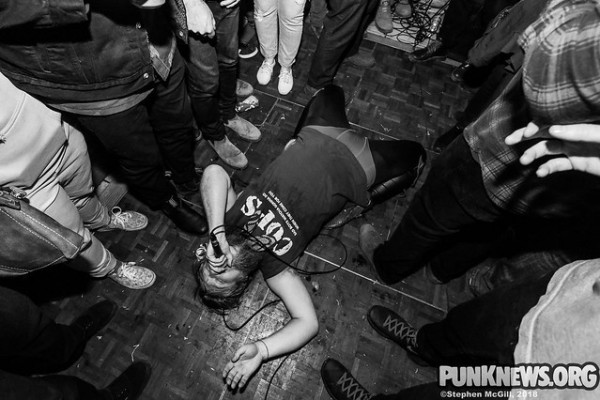 B.A. Johnston, low-brow pride of Hamilton, Ontario, recently launched his new record The Skid is Hot Tonight with a show at the Junction City Music Hall in Toronto. He played with support from Flesh Rag and Sleepless Nights at the show. Our photographer Stephen McGill was there catch all three acts. You can check out his photos below.

It's Descendents and ALL week at Punknews!!!!