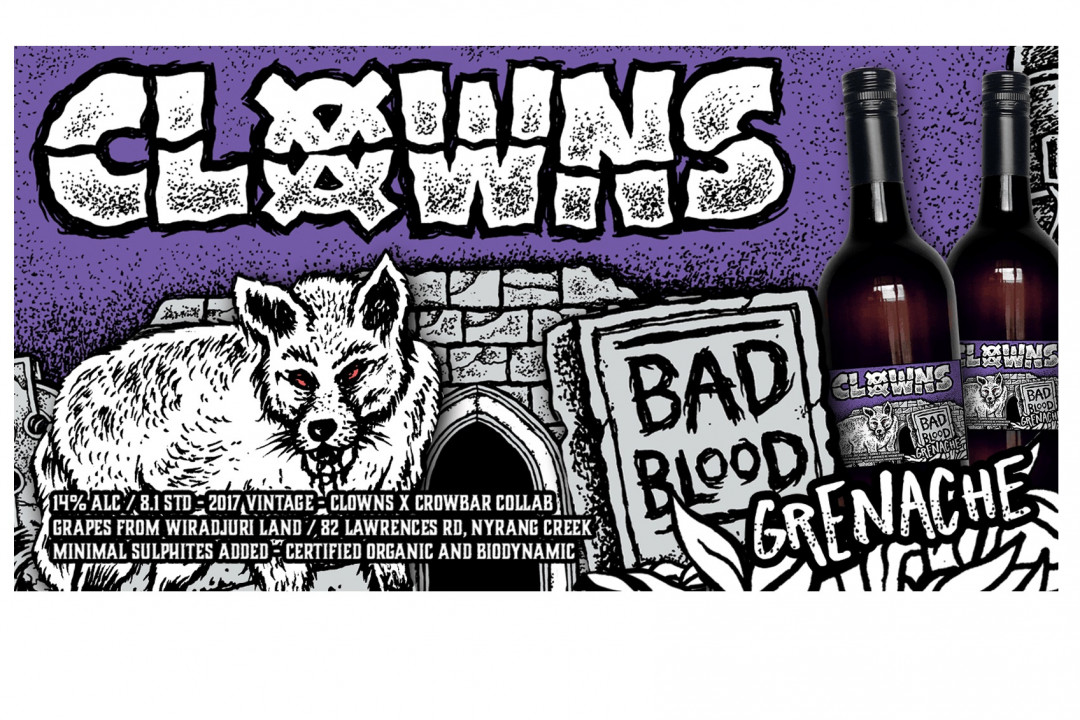 Contributed by desertburst92, Posted by John Gentile 49 weeks ago

Australia's Clowns are releasing a wine. It's called "Clowns Bad Blood Grenache" and it's being released to commemorate the 5th anniversary of the band's Bad Blood album. The wine is released via Crowbar winery and is 14% alcohol by volume. The wine itself is 2017 vintage. That's out now.