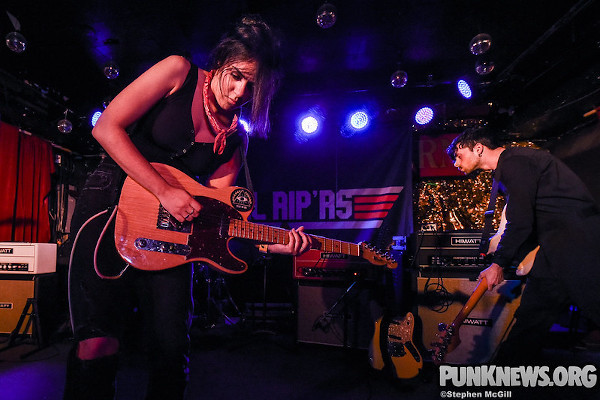 On March 2 Illuminati Hotties played The Horseshoe Tavern in Toronto, Ontario along with Fenne Lily and Pom Pom Squad. Illuminati Hotties released Let Me Do One More in 2021. Our photographer Stephen McGill was there to capture the show. Check out his photos below.