Destroy Boys at the Hard Luck Bar in Toronto, ON 09/14 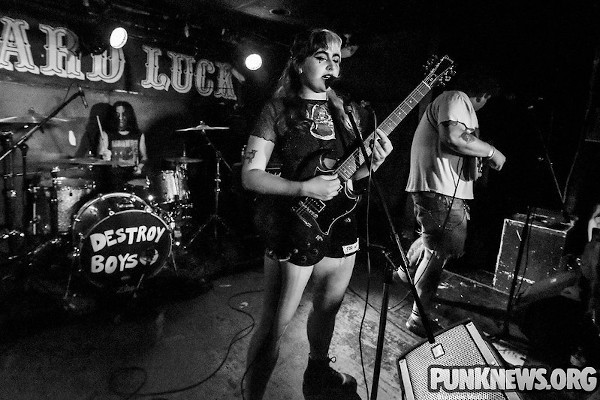 On September 14, Destroy Boys played the Hard Luck Bar in Toronto, Ontario. Pinkshift and Soft Cult opened the show. Destroy Boys released their album Open Mouth, Open Heart in 2021. Our photographer Stephen McGill was there to capture all the action. Check out his photos below.

Photos: Knocked Loose at the Danforth Music Hall in Toronto, ON 09/08