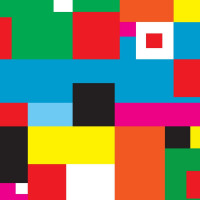 On Hot Sauce Committee Part Two, the Beastie Boys summarize their career, ball it up into a singular beast, and then step backwards in time to the years immediately preceding their rap career. Only the Beasties could make retro sound so futuristic.

As soon as the band kicks off with "Make Some Noise", it's clear that this LP is one of the trio's funkiest albums. A distorted, twisting bassline undulates through the track, supported by 808-style kick drums while the group rotates the mic. While their previous vocal LP, 2004's To the Five Boroughs had tight lyrics, their old-school boom-bap didn't seem to hit quite as hard as prior years. But here, as with most of the tracks on the album, a steady crack-crack-crack rips the album along, supplying the Beasties with the energy that makes their style so great.

The group continues their trend of paying respect to their musical forefathers, something they've done since 1986's License to Ill. Afrika Bambaataa gets a shout-out. Lee "Scratch" Perry gets a nod in the form of a segment of "Curly Locks". Sonically, the group visits electro-funk in multiple places, most notably on "Funky Donkey", which sounds like it could have packed clubs in 1981.

Paradoxically, by looking to the past, the Beasties make a very futuristic sounding album. It's probably fair to say that when genres are newer, the music is more experimental as the rules haven't been set out, and as the genres age, and lines become drawn, what is cool and what isn't is clearer. While the Beasties used to define cool, now they seem unconcerned with being cool at all, which of course, makes them cool. Spaced-out vocal effects many an emcee would shudder at using are employed en masse. Rhyme schemes that were used by the original innovators are mixed into staccato snip-snip-snip rhymes. Old-school-style Chic vocoders are used to beef up refrains. By throwing the rulebook to the side without so much as an apology, the Boys bring back the experimentation that made early hip-hop so fun and so listenable.

The group also utilizes styles that they've avoided in the past, which helps tie the experimental pieces into a cohesive unit. On "Don't Play No Game That I Can't Win", they spell out their manifesto with a thick reggae beat, supported by Santigold's chorus. Their previously released track with Nas, "Too Many Rappers" is in a remixed form, making it the first remixed track to be part of a Beastie Boys LP instead of later single.

Interestingly, while the group usually avoided conflict with other emcees (with the notable exception of MCA deftly disarming 3rd Bass in "Professor Booty"), here the group seems to be attacking someone...but it's not clear whom. No names are named. No descriptions used. Rather, throughout the disc, all three members drop lines like "I don't give a fuck who you are," "Check my rear, emcees ain't gettin' closer," and more specifically, "You stole my book like I was Grandmaster Caz." Did someone rip off the B-Boys and they are on the hunt, using coded language as rifles?

Of course, what sets this album apart is the group's general–but clever–wackiness. Instead of rapping about selling kilos or the crushing depression of fame, Ad-Rock states that he might like to open a restaurant with Ted Danson. Mike D says his rhymes are as fresh as his Lee Jeans from 1983. MCA, in somewhat of a nod to the sneaker-based hip-hop songs of the early '80s, declares his distaste for Crocs and sandals.

With MCA's recent–and still pending–cancer scare, it has been a rough few years for the Beastie Boys. About a year ago, the group asked fans to send positive energy MCA's way to destroy his cancer, and the affliction in general. If positive vibes really are a threat to cancer, then this album oughta knock cancer on its ass.