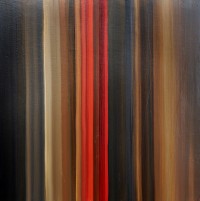 I Was Totally Destroying It

The breathy exaltations of I Was Totally Destroying It's Rachel Hirsh open Vexations, the power pop quintet's most recent studio album. However, by the second track, she passes a nuanced baton to John Booker, who takes lead with the charm and swagger of seasoned troubadour Nik Frietas, whom is best known for his breakout role in the latest effort by the Mystic Valley Band. While it'd be downright sexist to concede that Hirsh carries the same vocal appeals as Jenny Lewis or Maria Taylor, it must be noted that the too-cool, self-affirmed Saddle Creek sound is evident, possibly by the posturing of label alumni James Helper.

The album employs the right tricks of production to include both the raw and powerful aspects of tone, yet the silky smooth gloss of ear candy incumbent to the sort of next level records you'd expect from a major label debut. While all of the right tricks are played, and all stops are pulled, the main downfall isn't the recording, but the lack of memorability among the album's songs. Although the record certainly will illicit a "Who is this?," the answer likely wont linger with the burning sentiment of immediate desire, the sort that drives album sales and subsequent popularity nationwide like a wild fire.

Still, the likeability of I Was Totally Destroying It cannot be denied, nor can its place in the background of American pop culture, or its presence when opening for the most influential acts our generation has to offer. There ought not to be many surprised by any success that hard work like Vexations has to offer; however, this is nearly certain not to entertain any lingering sensation or continued upward trajectory.

This is only because the surface of the heart is scratched; there aren't the deep wounds that draw the sort of blood that would stop the common passerby–in comparison to the car wrecks that are our favorite artists, which stop whole highways dead in their tracks. Although there is great cooperation, and all of the right tools are being implemented on the project, the sights set aren't grandiose enough, or convey enough truth to break through the glass ceiling that traps midlevel artists.

With subsequent work, given that the cuts are deep enough and the transparency of human nature is truly revealed, not only will that glass ceiling shatter, but also, the dangers presented by the falling shards of glass will be moot.