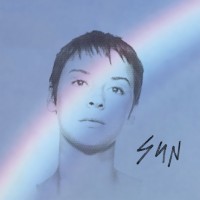 It took a while but Chan Marshall (a.k.a Cat Power) proved she's still one of the top singer/songwriters out there with new record Sun. What's even more impressive is the diversity in her catalog. After reinventing herself with the soft soul of The Greatest, here she is yet again switching things up in favor of electronic textures. If she were a little more prolific, I'd call her Lady Bowie.

And that's not just hyperbole. Sun's brand of atmospheric alien funk isn't too far removed from David Bowie's Station to Station and Iggy Pop's Bowie-produced The Idiot. At the same time, it also dabbles in synths while preserving insightful lyrics, like an aesthetic descendent of Joni Mitchell's Wild Things Run Fast. One could even argue that with its beat-driven arrangements and flirtations with Auto-Tune, Sun is Cat Power's hip-hop record.

Oddly enough, Sun's creative departure can be traced to a previous batch of songs that she scrapped when a friend said they were too derivative of her old work. For all the differences, there are still some similarities. It's been a while, but Marshall still has the same smoky voice and introspective lyrics to guide her songs. The piano hooks that defined You Are Free still drive Sun as well, and the songs still carry the same vibe.

They're also catchy as heck, with the first few songs just knocking out hit after hit, culminating in "3,6,9," a track that indulges a bit too much in lyrical clichÃ©s, but sells them through sheer force of hooks. From there, Sun shifts more towards mood and murk over pop for a while, but it's just another way to build towards something greater. Remember that Pop comparison I made earlier? Yeah, he shows up for the epic, 11-minute track "Nothin But Time." Originally written for her ex-boyfriend Giovanni Ribisi's daughter, the tune is about the importance of remaining true to oneself ("It's up to you / To be like nobody / And you ain't got nothin' but time"). Lyrically, it's beautiful, but coupled with the grand instrumental passages, it might be one of the best Cat Power songs of all time. And just when the song hits maximum epic capacity, Pop chimes in, godlike and warm, to kick the song to the next level.

Sun is many things. It's a dance folk record. It's a return to form after Marshall's disappointing covers albums Jukebox. It's a total switch-up. But most importantly, remember this: it's good.