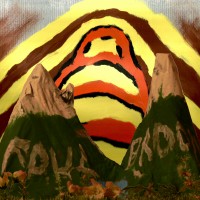 My Man is a brand new indie pop band from Toronto. Their names are Jacob, Rachael, Sheldon and Mike. That's all I got on 'em. Luckily, their music speaks for itself.

This too-short three-song introduction to the band is called Foul Brood and starts with the too-short "Graft vs. Host." The song instantly recalls punk-gone-indie kids like Defiance, Ohio and the wispy twee vocals of Elephant 6 family band Nana Grizol and it got me on Google to see what the deal is with "Brett Farve's brother." It's a stripped down cut, and then "Adoyee" comes in with a more full-band effort, complete with horns (I'm a sucker for 'em). In under three minutes the song changes feels at least four times, from light-on-its-feet double time to mid-tempo indie stomp to bluegrass twang and back.

Every song features male and female vocals, but closer "This Song is a Social Experiment" utilizes them best, with both unison (panned opposite, which is oddly successful) and call-and-response with girl-girl harmonies so sweet you'll melt. Lyrics like "I was dancing on the heads of alligators / In this pool of blood" will speak to the dorky indie pop crowd, myself included. Like the previous track, it changes tempos often and even switches meters to a bopping 6/8 to close. This leads me to believe that this fresh group is bursting with ideas despite this EP's quick playing time. Hopefully there is more to come soon.