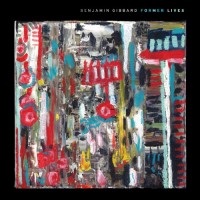 In theory, a solo record from Ben Gibbard should be aces. While he's steadily risen through the indie rock ranks with his band Death Cab for Cutie, he's had some major artistic breakthroughs over the last decade by stepping away from his day job. His soundtrack to the Jack Kerouac documentary One Fast Move or I'm Gone, with Jar Farrar of Son Volt and Uncle Tupelo, had a folky warmth. Which is to say nothing of his blooping, bleeping Postal Service, a one-off electronic side project that continues to win fans and demands for a follow-up. Instead, we get something pretty safe ân' tame in the form of Former Lives.

His first proper solo record, to the extent that it's credited to "Benjamin Gibbard," Former Lives almost succeeds. Coming off of his divorce, this album could have been his Blood on the Tracks. Lest we forget, for all of Gibbard's clean singing and poppy hooks, he can get pretty darn cruel on DCFC tracks like "Cath" and "Styrofoam Plates." Instead, this tribute album "to all of my former lives" comes off a lot more somber, sober and sedate than Gibbard might have intended. Much like on Codes and Keys, Former Lives is pretty sterile in terms of production. It also sticks closely to a simple musical pallet, generally going acoustic, rarely rocking. For all the horn flourishes and a cappella adornments, Gibbard keeps it casual.

In short, the difference between Former Lives and Death Cab is negligible, outside of the fact that it allowed Gibbard to hang out with the likes of Aimee Mann, Jon Wurster and his ex-wife Zooey Deschanel. But that doesn't mean he doesn't get in some good lines. "Broken Yolk in Western Sky" has a hammy country sound which almost fails to juxtapose against Gibbard's dark lyrics about a bitter break-up: "I know it was a cowardly thing to do / And that an explanation is not an excuse / I just need you to understand / My love is like some kind of greed / Of equal portions âwant' and âneed.'" The music doesn't do much, but the words certainly carry through if one listens.

Held up against his other side projects, Former Lives doesn't matter much. Compared with where Death Cab has been lately, it feels more like an extension, a bummer companion to, Code and Keys, which was written during the prime of Gibbard's marriage. It's hardly a surprising record, but given how long Gibbard has been in the spotlight, it's doubtful he was going to change people's minds at this juncture anyway.

We Are the Union: You Can't Hide The Sun

Sunny Day Real Estate: How It Feels To Be Something On