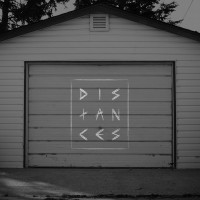 Winnipeg matters to the punks because of Propagandhi and the Weakerthans. Set aside everything else the city has going on, and it still has punk cred for those anti-social types your momma warned you aboot. Also hailing from good ol' Manitoba is Distances, a punky, sorta emo act that formed last year and just dropped a mighty fine self-titled, four-track EP out of nowhere.

Distances hits a couple of different sweet spots at once. On the punk side, the tunes are immediate and aggressive. No bro-dawg breakdowns, no self-righteous scene polemics, no gimmicks. On the emo side, Distances pack a whole lot of angst in their vocals, not to mention the occasional post-hardcore noodly guitar line over those propulsive punk rock beats. These guys could fit in on the Tiny Engines roster.

The whole thing moves like an oncoming train, culminating with the closing track, "These Arms." If the first three songs didn't do it for ya–and shame on you for being a dick about this EP–this last song throws in everything in the band's arsenal. The guitars are extra shreddy, the beats extra danceable, the chorus extra hooky. It's the sort of song that gets better with every minute; it's a set ender for sure. Gosh dang it all, these Canuckleheads are A-OK.

The lone draw back here is that Distances is a little short, clocking in around 14 minutes. It would be interesting to see how the group spreads their energy around a full-length, but for the time being, Distances remains a promising tease from a promising new band. Check it out on Bandcamp.

Edna's Goldfish: Before You Knew Better