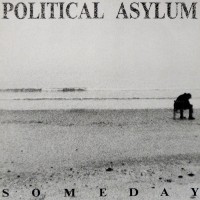 The U.K.'s Boss Tuneage Records (this time in cahoots with Finland's Passing Bells) keep beavering away on its quest to release music both old and new, and with this release it's certainly a case of the former in terms of this Scottish band that back in the '80s were melding a variety of musical influences into its own output. In fact, looking back now one can see that this was a welcomed distraction from much of the one dimensional bands that were doing the rounds in the '80s.

The musical cues come from far and wide with a heavy New Model Army influence being heard primarily through the bass workâthe four strings went on a journey of discovery in each song, and added depth and purpose to the songs, which although never blasting out of the blocks, kept a decent pace. To this day, Someday is still highly listenable, unlike the more plodding approach taken by some of the U.K. bands of that era which have not stood the test of time. Added to this is some intricate guitar playing that belies the whole notion of punk just being a means of making a racketâPolitical Asylum were no slouches when it came to musicianship and perhaps that's why this record is worthy of a re-release. The only issue I have would be that the production is a bit muffled at times, with the vocals getting lost and the bass being less distinct, but these do not detract from what was, and still is, a strong seven track mini-LP/EP (depending on who you talk to).

Highlights were and remain the excellent "Apathy," which manages to bring together a bit of New Model Army, crossed with moments of HÃ¼sker DÃ¼'s "Diane" and also the UK Subs' "Warhead" along with title track "Someday," which is another musical gem that some might not consider a punk band being capable of producing. Even the dark, brooding "Standing Over Me," an acoustic track more akin to a rock/folk band like Lindisfarne, manages to push the boundaries in terms of what was deemed acceptable by those in the punk scene 30 years ago: quite a brave move indeed.

Along with much of the genre of that time in the U.K., there is a rebellious and somewhat negative tone to the lyrics and this creates a gothic feel, aided by the deep vocals of Ramsey Kanaan. Political Asylum were no doubt a band that cared naught for musical confinement and it's to the band's credit that this piece of work remains eminently worthy of listeners hearing this for either the first or a hundredth time. Despite being connected to the DIY-anarcho scene, this didn't seem to limit the possibilities of musical complexity/direction and the songs seemed more expansive because of this ability to accept a wider collection of inspiration. I've said much about the music but there were also messages, statements and pleas for a better world which should not be overshadowed by the musical side of the band. In keeping with these messages Kanaan has since gone on to found AK Press and also written for Maximumrocknroll, amongst many other activities he has been involved in.

Other than the tracks off the Someday release, this CD also includes a 1987 live set of 13 songs recorded in Lubeck, Austria. Some of the tracks from Someday feature, and although the quality is a long way from some live recordings, it's more than good enough to hear the musicianship within the band coming to the fore and showing that they were able to bring that ability into the live setting without any discernible loss of quality. A release worth picking up.