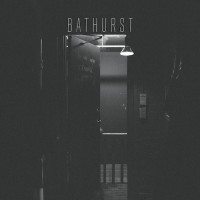 I couldn't let this Toronto band fly under the radar. Just couldn't. Bathurst have a sound that's edgier and slightly harder than the average pop-punk band but with little doses of hardcore streamlined here and there. They've really cooked up something special. It's one of the best records of 2012, with enough gusto and a brave disposition of life as told by punk-rock. The bravado is there and you can tell that the quintet don't know a goddamned thing about playing it safe. That's the recipe to create something unique and riveting.

"Cut Your Losses" and "Brunch" open the record with grit and whet the appetite for the remainder of the album. It's the right kind of bang you'd like to start proceedings with and to say the rest of tracks satisfy is an understatement. "Weekend" is that raw and coarse anthem about flings and debauchery built on a foundation of amazing guitars and segues perfectly into "Forty Hours." This track is beyond brilliant with its catchiness and melodic dissonance rallying around the cries of the 9 to 5 work week. It's the kind of track that exemplifies how this is a spectacular record.

"Forecast" touches on the band's take about destiny while "Not Quite Vegas" spins off the days of young and brash adventures, so you can see they spread their music over a variety of topics while still sticking to their guns. Chad Price makes a cameo on the impressive "Last Call" and what I love about this album is there's a diverse vibe to each song while maintaining that integral and fundamental punk-feel to it.

"For Julie" takes on that hardcore element a bit more, and it's a profound closer. They haven't reinvented anything or revolutionized the genre but this band is a breath of fresh air, for fans of Bouncing Souls, Near Miss, Pennywise, NOFX and Propagandhi. You don't want to miss out on this LP; it's by far one of the most upbeat and in-your-face punk records of 2012.

The Mob: Live in Oakland