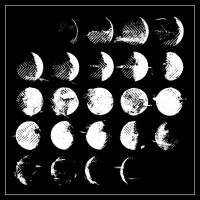 It must be great to be married. There has to be a level of confidence that comes from knowing another person completely, and from having him or her know you. Knowing the limitations and abilities of a trusted friend and knowing that you can count on him or her to deliver must be wonderfully freeing.

How great it must be to be in Converge. Sporting a lineup that hasn't seen so much as an inkling of discord since 2001, the band's latest offering, All The Love We Leave Behind, is as sure and strong an album as any band has released in 2012.

By now, the incited know what to expect from Converge and, while they don't go much beyond their promised metal/hardcore/thrash songs, their work is so polished and sharp it would seem greedy to ask or expect for something else.

The album kicks off with "Aimless Arrow," a somewhat melodic metal track that gets a lot of out its restrained guitar lead and lockjaw-tight drumming before exploding with two straight-up hardcore songs in "Trespasses" and "Tender Abuse." Considering how well this band does hardcore, its the more metal songs that really make this one a near-classic. Riff-heavy tracks like "Sadness Comes Home," "Aimless Arrow" and "A Glacial Pace" prove that this band can roll with any of the modern sludge-rockers and, to borrow a phrase from Joe Pelone, make me want to choose life.

The album's highlight for me is the sludgy plod of "Coral Blue," a track that tosses all pretense of hardcore aside and goes all in on muddy metal goodness. This is a track to get lost in, one with great a great progression of rising and falling and probably one of the better heavy songs of the year.

Still, these songs wouldn't work nearly as well without the hardcore interplay of tracks like "Sparrow's Fall" and "Shame in the Way" elsewhere in the album. These more traditional punk songs do a great job of balancing the album's more monolithic moments. Basically, whichever way you prefer to have your face kicked into your head, Converge has got you.

A little overlong at 14 tracks (17 if you are going deluxe) but otherwise appropriately, gloriously brutal, All We Love We Leave Behind is another fantastic album from a band that hopefully continues its years of marital bliss.