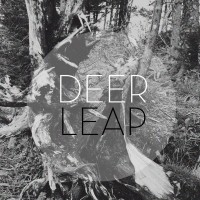 The first full-length by tiny New Hampshire emo/post-rock outfit Deer Leap took a long time to see the light of day, relatively speaking. It was recorded much earlier this year, following on a 2010 demo and then a split on Topshelf Records last year with the World Is a Beautiful Place & I Am No Longer Afraid to Die, which likely heightened their awareness some. And even now, it's available strictly as a digital download, quietly released on Bandcamp a few weeks ago. For the few that held with baited breath, however, Here. Home. delivers. Just three releases in, the young trio have cultivated an occasionally stunning sound with free-flowing song structures and an immaculate tone.

While one might be inclined to trace lines to somewhat recent records like Moving Mountains' Pneuma or even This Will Destroy You's Young Mountain, they're more vague than on paper, and less clear about it than contemporaries like Prawn or Athletics. It's hardly impossible to pinpoint the band's influences or where they'd fit in the context of modern emo revival, but there's a strange sense that Deerl Leap is kind of, sort of staking out their own path as far as heavily post-rock-influenced, melodic/atmospheric emo is concerned.

Deer Leap keep the heartbreak at a fairly consistent pace, from the sparkling redux of instrumental "Not Penny's Boat" (originally on their demo), to the chilling mini-builds and crashes of "Walls Become the World All Around", where singer/guitarist Keith Galvin lets his voice–a paradoxical mix of timid phrasing and otherwise confident soaring–shine best. The earnest "Home" takes the twinkly mid-tempo processions of Mineral or Christie Front Drive and then dresses the atmosphere to the nines with finely layered guitars.

The other impressive aspect about their songwriting is how concise their approach gets. "We're All Liars Here" is perfect Explosions in the Sky worship, but it's also five seconds shy of three-and-a-half minutes, getting the most out of every bell-like ping and deliberate string pluck. Hell, the second half itself is mostly instrumental, with the vocals–when they actually appear–tending to provide more of a dissonant instrument than anything.

It's hard to tell if Here. Home. is an album of tension being fully released or problems merely going unsolved, but either way, listening in the journey yields rewards. Deer Leap are one of the better, more gripping acts in a crowded field, and Here. Home. will hopefully gain them as much notice as they deserve.