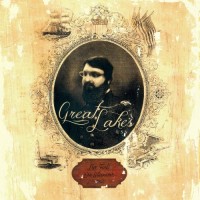 If you're looking for a fast-paced, thrashy punk record, this one is for you. It reminded me of Strike Anywhere but it comes off much better. Great Lakes USA is a band I've barely listened to but this album changes my mind on several levels. The musicianship is spot on, with some intricate and crafty guitars leading the way, as well as the hoarse, gritty and rough take on the punk genre. It's not just good; it's very fucking good.

The title track sums it all up with its element of pure chaos, yet in a catchy and badass manner. The guitars need a mention again as they sound outstanding, evidenced again by "Rambling Dudes Forever." There's a wicked change of pace here that flows so well and shows the versatile dynamic this band has in place. There's a nice charisma to the record and "Ghost" is near-perfect to exemplify this quality. There's a highly frenetic tone to the overall layout and it works so well.

They vary their sound well as mentioned before and this variety is most recognized on "Black Coffee." You sense tinges of A Wilhelm Scream with some Title Fight influence at times, and it just adds to the band's arsenal. They've crafted their own natural sound, with homages paid to other bands no doubt. "No Girlfriends" and "No Boyfriends" are just the kind of catchy tracks that while fun, don't take momentum off the record and show how the band can forge a pop-punk sound with little to no emphasis on the pop section. They've got something special here, so here's hoping it doesn't fly under the radar.