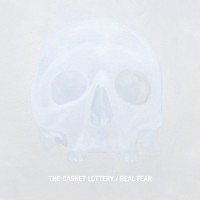 Thank God they've come back. Plain and simple. I've always enjoyed the Casket Lottery and they've taken the best characteristics of Choose Bronze, Moving Mountains and Survival is for Cowards and converged them all into one great record. It's weird how the run-in to the end of the year always seems to bring out the best albums and this proves no different.

Nathan Ellis has upped the ante with his vocal range, as he's added more layers of diversity to his delivery, and coupled that with bouts of enigmatic guitar work. Musically, this seems the most intricate of all their albums and there are a lot of positives to revel in off this record. "In the Branches" is haunting, piercing and full of Stacy Hilt's phenomenal basswork. Ellis' voice takes the aggression and distortion on this song to a new level. They've unleashed the best of their arsenal here, and Hilt's wow factor on the record is undeniably his best.

Coalesce may have taken them on a few differing crossroads but "Poor Dorian" compounds Ellis' variance on the mic. His straining voice, which switches from clean and pristine at the drop of a hat, punctuates how good he is and how much better he's become. He goes from calm and restrained into a powerful overdrive so smoothly, the segue really makes you wonder. The record is filled with this kind of relentless intensity and a lot is owed to the stellar production, which isn't too glossy or overdone, as you get the feel and roughness of each strum, drumbeat and note sung. Ellis' strumming hits the right chords at all the right times and this shows on "Ghost Whiskey" and the very indie-esque "Baptistina."

The latter end of the record focuses more on an alternative style but to me, this record is heavily influenced with hardcore and post-hardcore throwbacks. The emotional lyrics, the riveting introspection and Ellis' inflection of life take us back to that cursive era of early Casket Lottery, which is a most welcomed fit of nostalgia. They return to their more melodic and harmonic sound with the soothing "The Moon and The Tide," eloquent in its pianos. Ellis continues to channel earnest words into all the tracks and with Hilt's ever-impressive basslines, there's even more love for "Pamina," which sounds like a mash-up of Sparta and Breaking Benjamin.

This band isn't flashy but they have such an enticing blitz to their array of tracks. I hope they garner more attention this time around and that no more hiatuses loom. If you want gritty, rhythmic or diligent rock music, this is the record for you. It has something for fans of different rock genres. From delicate alternative to deliberate explosions of heavy guitar work, the gents have set the stage for something grand.