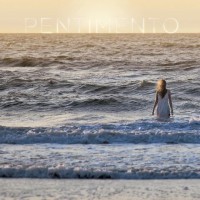 If you made your top 10 lists for albums of the year already, you've got some changes to make. Pentimento hinges itself, not only on being genuinely nice guys and one of the most receptive towards their fans, but as a class-act when it comes to pop-punk. They have that ability to effectively blend hardcore and punk into a seasoned and well-refined sound that no doubt justifies why Buffalo, N.Y.'s proud of this native quartet. All the legal drama aside, it's clear why Pentimento wanted this record out so badly. It's one of the most impacting and resonating records of 2012.

Pentimento never gets stale in the pop-punk genre and definitely acts as one of the most refreshing bands out there. I remember hearing arguments with Transit, Balance and Composure and a bunch of other bands being touted as the most underrated around. I tossed my two cents in with Pentimento. This album emphasizes how right I was about them. Jeramiah Pauly is atop his game as a vocalist, as he navigates the balancing act between clean and strained vocals impressively. They've done a stellar job using the dual vocal delivery as "Conscience" and "Almost Atlantic" show. Such a throwback to the best of Taking Back Sunday and Brand New.

"I've seen so much come and go / I wonder if it's worth it anymore" shows the power behind Pauly's elaborations on "Unless," which never lets up, and the end is just sick. He's such a simple lyricist yet he's moving and really translates his message well. I hope things align well for these guys because they really exemplify what pop-punk oughta be. They've chiseled grit into the amazing craftsmanship by guitarist Lance Claypool, who really deserves big plaudits on the album. "The Wind" and "No one Lets You Know" are testament to Claypool's innovation. The enthusiasm never disappears. You feel this off "Days Away" and even from "The Bridge," which is rife with a Tigers Jaw vibe.

They carve out catchy songs, endearing ones, fast-riffs and rhythmic anthems at the drop of a hat. It's pretty sweet to listen to a band that doesn't sound rehashed or derivative from some influential band they grew up on. Jeramiah and his team aren't near the stalwart status in the genre but these 11 tracks make you stand up and take note that they're progressing brilliantly. The raw tempo and passion in their deliveries permeate until there's a ripping awareness that this band is here to make a stronghold. The passion cascades from track to track and the tangible diversity is stunning; it never sounds like there's an ounce of boredom and repetition as most pop-punk bands carve out.

This album has something for everyone. From the melodic and relaxed "Circles" to the upbeat momentum in the closing "On Summer," it's a mosaic of graceful punk, with gliding riffs and an enormous exuberance. They really did get the blend just right. "Subtle Words" really punctuates how much this band has to offer: the variety, the finesse and an unbridled energy that's perfectly churned out here. They have moved from strength to strength and as dynamic as they were before, they are considerably better. This album highlights the best of their qualities as a band that went from promising to delivering beyond expectations. Like I said, make sure your list has room in its Top 10. Pentimento just came pounding on your door.

Give Me Memphis: Fore