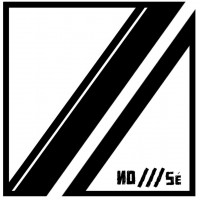 Rotten to the Core Records

ИO///sé opened up a whole new world to me. Not just musically but also in that on my iPod it listed the band after the letter Z and before the first number; it's as if it forced it into creating a new element to the alphanumeric order of listing: perhaps alphabackwardsalphanumeric?

Anyway, all you really need to know about ИO///sé is that the band rocks out some of the best melodic punk rock I've heard this year. Consider if you will the Night Birds, without the surf guitar and the horror obsession, crossed with Off With Their Heads and a hint of Dillinger Four and hopefully that gives you some idea of how good this eleven track album is.

This is all fairly straightforward punk rock music, but performed in a way that makes it stand out head and shoulders above the majority of other bands I've heard this year. The twin guitars work perfectly together, riffing out chords and leads to move the songs along at a fair pace, whilst the use of three vocalists adds to the interest levels.

"If I've Told You Once" begins with some low level hum before rushing headlong into some catchy tuneage in which the guitars envelope me with their warm fuzziness. That wonderful guitar sound along with the vocal interchanges are clearly what mark this out as such a good record, although it helps that the band is able to write songs of sufficient quality to top the package off.

All the way through from the opening salvo to the excellent "Ain't That Some Shit," this album constantly delivers on all levels and it has forced me to amend my eagerly awaited, well perhaps not, top 20 album list as this blasts itself into the top half easily.