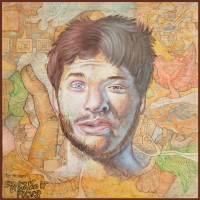 If someone put on Strange Kind of Focus at a party and told me that it was just two guys, I would call that person a liar because there is a ton going on in this record, far too much for just two guys and their four hands. And then I would have to apologize because it is mean to call people liars and also because, lo and behold, Time And Energy are comprised of just Jorge Rios and Brennan Roach, both billed as playing "instruments." Technically they do list their looping pedals (Boss RC 50, RC 20, RC 2 and a Line 6 Modular) as members but since Skynet isn't active yet, they don't count. Yet.

Hailing from the heart of Orange Country, Calif., Time And Energy play a roaming experimental melange of alt-rock, pop, jazz and funk that eschews standard song structures. They're like a slightly more restrained and mellow version of the Mars Volta. Though they don't employ recurring choruses, they retain a strong sense of melodic flow and nicely varied instrumentation. "Thought Forms," for example, takes the bassline for a walk while the keys dance circles around the soft soulful vocals, then a dash of cowbell before the keys take the forefront with spacey frills around a melodic vocal melody reminiscent of Morning View-era Incubus, which settles into a snappy drum beat and an A.C. Newman vibe that fades into dissolving synth wave outro. Each song on Strange Kind of Focus is just as schizophrenic (with the possible exception of "Tree Salad"), and yet they still feel like cohesive works individually, which speaks to the skillful musicianship of Rios and Roach and how well they work together as a unit.