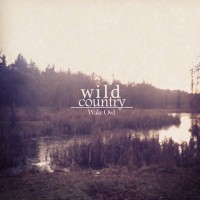 Wake Owl's greatest strength and weakness lies in its easy listening vibe. Singer/songwriter Colyn Cameron has a pleasing, unflashy voice, and he employs it adequately for subdued Southern California folk. With bands like Mumford & Sons and the Lumineers currently riding the charts, it would seem that Wake Owl's debut EP, Wild Country, is poised to ride that trend. And it almost could.

But these tunes are a little too vanilla to really stick. The title track has a hooky chorus, one that really takes off at the end as the percussion kicks up, but overall, this EP is too easily forgotten in its homogeneity. It's tasteful to a fault.

Still, at least Wake Owl know how to theoretically get itself on a Starbucks song of the week card. Songs like "You'll Never Go" at least sound assured and expertly produced. The acoustic guitars shimmer. The organ tastefully adds color. A splash of percussion gives the song at least a little urgency. Repeat, repeat, repeat.

And admittedly, going the EP route means that Wild Country is at least relatively filler free. There are no bum tracks, no maudlin stabs at ballads or rocking. These tunes are all written straight down the middle, as far as energy goes. They could appeal to sensitive Elliot Smith types and Dispatch jam fiends in equal measure, which, again, is just as much an insult as it is a compliment. Wild Country isn't a game changer, but it at least serves as a pleasant distraction.