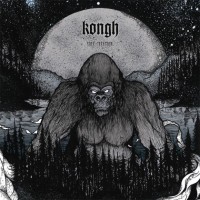 If any of Swedish sludge metal act Kongh's records could break them to a larger audience, it would be their latest effort Sole Creation. Where the group's previous release Shadows of the Shapeless found them alternating between three modes (ambient, sludge, grind), Sole Creation finds those qualities more integrated. The record also happens to be the group's most melodic yet, making these 10-minute-plus metal songs about as accessible as 10-minute-plus metal songs can be. There are rousing choruses to be had; they just take some time to come around.

One thing the album does have in common with Shadows: There's still not much point in distinguishing between tracks. Each of the four songs is composed like a mini-suite, thereby making each track self-contained. But that doesn't make the crunchy guitar intro to "Tamed Brute" any less head-bangingly compelling following the epic, opening title track, like it's some sort of reward for making it this far. You just make take it for granted by the time you make it to the ethereal, 13-minute closing track, "Skymning."

These riffs are thick and meaty; the grooves are measured and relaxed. Setting aside indulgent song lengths, Sole Creation could be Kongh's Master of Reality. It's a little more assured and direct compared to what came before, yet it doesn't compromise a whole lot.

Of course, this lengthier approach to songwriting means that when a track misses, it misses for a prolonged period of time. "Skymning" is a super slow comedown of a closing track. It sort of comes to life about 10 minutes in, but even then, it still feels like Kongh are holding back. It's a mid-tempo dud compared to the rest of the record, and while one could argue it's only one bum track, it's a solid quarter of the material.