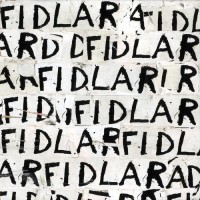 FIDLAR like to party. FIDLAR like to do drugs, drink too much, drive under the influence, skateboard, jerk-off, pass out and do it again. FIDLAR are not a band with a lot of nuance, but that single-minded focus on doing dumb ass shit is also their strongest weapon.

The Los Angeles four-piece traffic almost exclusively in surf-punk and garage-rock, making quick anthems about the joys of doing self-inflicted bodily harm without feeling bad about it. At their best, FIDLAR songs play like soundtrack entries for a true-to-life but poorly-made documentary about being a teenage punk on the West Coast. "No Waves" and "5 to 9," the album's two best songs, feature surf riffs placed over urgent but comfortable '80s style party-punk.

The record has two modes throughout; it shifts between more relaxed, straightforward surf-punk and reverb-heavy garage rock. The former tends to win out more than the latter: Opening track "Cheap Beer" would be a reckless shit-stomper if not for the piles of echo that mire the track, while more Americana-touched and straightforward songs like "Gimmie Something" and "Wake Bake Skate" sound better for their restraint.

I'm not kidding about all these songs being about the same thing. Besides one song about a drummer who can't surf and another song about a girl who is a whore, every track is about doing drugs, being young and doing dumb. How much this kind of thing appeals to you will determine how many listens one gives FIDLAR. The worst songs make you wish they had more to say. Their best ones make you glad that they don't.