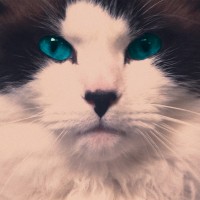 Jason Clackley has always been a frontman known to deliver a great sound to me and the The Exquisites notifies not only of the name change of his band, but the fact that Asian Man Records continues with their penchant of finding bands that deliver music beyond expectations. This record's full of the indie-alternative warmth that Clackley's vocals have always perpetuated.

"Selfish Feelings" and "Dead End Streets" reverberate with that indie vibe and alternative folk-punk spin. The smooth guitar work and crisp drums throughout are marvelously overshadowed by Clackley's vocal prowess, which make for a better listen. He isn't clean and clear-cut on the mic, but as fans of his earlier work can tell you, his vocal range of sincerity leading from the front works pretty damn well. Remember what Manchester Orchestra sounded like early on before Andy Hull refined their sound? This is sort of reminiscent of that.

There's enough emotion ingrained in the rough sound of the album with each chord struck and each skin beat resonating perfectly. It seems a slight throwback to last year's Dikembe and Prawn albums, but the Exquisites managed to keep their own spin on it to maintain the jarring drive force of "Something Usual." The melody Clackley adds is tense, with innocuous wavelengths of passion and emotional honesty honed in. However, the midsection of the album stuttered and deteriorated a bit with "Over" and "Interlude."

Luckily, the momentum missing is recollected and revamped in "Leave It Alone." Any steam lost is found in abundance through the crackling howls of the vocals, with a shrill essence entwined in the fact that Clackley banks a lot of the record on the message he's translating. Extra dimensions are added as he spews on the complications of life, which he manages to keep upbeat despite the fact that he's poaching small moments of joy amid repressed sorrow. "Losing" and "Habit To Be" are the most fitting way to round out The Exquisites. There's enough soul found in these two alternative rock songs to realize how underrated these guys are. Their indie vibe and overall talent displayed on this album is something I hope throws more of the spotlight on them.