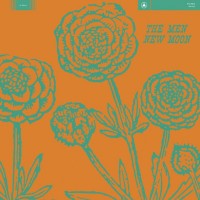 The phrase "Whatever you are, be a good one," most oftenly attributed to Abraham Lincoln appears to be a piece of advice that the Men have taken to heart. When they were a hardcore punk band, bashing out noisy juggernauts in the vein of Big Black and the Jesus Lizard, they were a good one. When they transformed themselves into a more of a straightforward '70s punk influenced band with shades of surf rock and Americana, they were a good one. Their latest offering New Moon finds the New York group diving deeper down the rabbit hole, throwing everything against the wall and seeing what sticks. In doing so, they've defied any categorization other than perhaps the all-encompassing "rock band," and as always, they are a good one.

The Men are not a band that cater to audience expectations. New Moon is their third full-length release in as many years and judging by their history, by the time they hit the road to support it they'll probably be playing an all-new batch of songs that sound nothing like it. Even knowing going into New Moon that I would have my expectations shattered, the bright and bouncy piano lick that opens the record came as quite a shock. "Open the Door" serves an invitation to the record, both lyrically and in the sense that it forces the listener to leave behind any and all preconceived notions.

New Moon is an album that all but begs to be experienced in one sitting. It's difficult to imagine any one track as an accurate representation of the album as a whole. There is such a cornucopia of styles on display here that it almost feels more like a compilation than the work of a singular band. The Ted Leo-esque power-pop gem "Half Angel Half Light" doesn't seem like it belongs on the same record label as the heavily Tom Petty-indebted harmonica-heavy stomper "Without a Face," let alone back to back on the same album by the same artist.

The closest thing to the group's more aggressive beginnings is noisy mid-record standout "The Brass," and even that would have stuck out like a sore thumb on Leave Home, while the aptly named "Electric" bubbles with a bright yet still heavy energy that recalls fellow shape-shifters Torche. That's to say nothing of the eight-minute Joy Division meets Jimi Hendrix closer "Supermoon." There are so many influences at play on New Moon that it should be a trainwreck, and somehow the Men manage to blend all of them seamlessly.

If you're still pining for the days of Leave Home, New Moon is not the record for you. There are plenty of bands out there who are doing similar things to that style admirably (Pissed Jeans and Iceage come to mind,) but the Men have bigger goals in their sights. This album finds the Men completely giving into the weirdness they started flirting with on Open Your Heart, and it is all the better for that. If you're willing to follow the group on their strange journey, New Moon is an exciting, challenging and rewarding listen.

The Story So Far: What You Don't See